Disha Patani OPENS UP about her relationship with Tiger Shroff!

Love birds Tiger Shroff and Disha Patani have often painted the town red with their outings. But like other B-town couples they have never spoken about their secret affair.

The lovebirds are featuring together in a romantic single Befikra..

Love birds Tiger Shroff and Disha Patani have often painted the town red with their outings. But like other B-town couples they have never spoken about their secret affair. And now along with their off-screen romance, their on-screen chemistry is creating a huge stir among the audience. Both the lovebirds will be seen together in a romantic single-Befikra. The album has released today and boy they look adorable together. Also Read - 5 confessions by Tiger Shroff and Disha Patani at the Befikra song launch which prove they are in love!

Both Tiger and Disha are currently present at the launch of the song and obviously everyone present at the event quizzed the two, about their relationship status. Disha finally broke her silence and said, “We are good friends. We have been dancing and playing many sports, so we are very comfortable with each other”. When quizzed about their outings, Patani said, “Friends go for dinners and movies, so it’s cool”. Also Tiger added, “We love spending time with each other." Also Read - These HOT kisses between Tiger Shroff and Disha Patani in Befikra prove they are REALLY CLOSE!

Further when Disha was asked whether something could happen between them in the future, she replied, " I am trying yaar when Tiger interrupted and said, " That's my dialogue." Haha, they sure know how to play with words and twist it around. Also Read - Tiger Shroff's fall in BEFIKRA’s song teaser is TRIPPY AF – watch video! 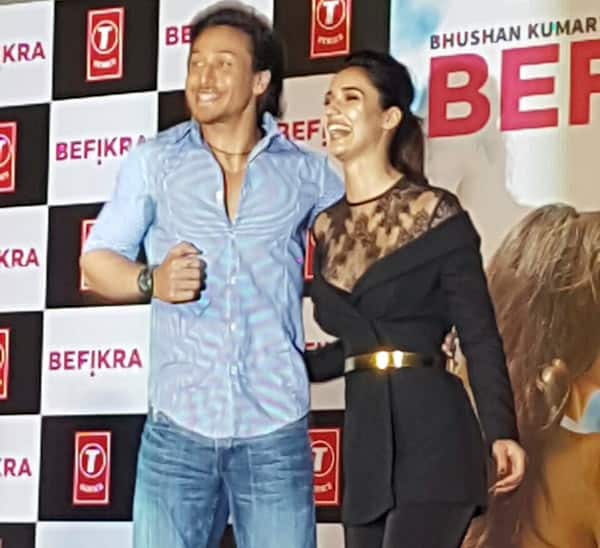 Disha also confessed that Tiger was one of the best dancers in India and she was very proud of him. Further she revealed that it was very difficult for her to match steps with Shroff, “It was very difficult to match steps with him. Every time we danced, I had to put in my 10000 per cent effort and of course, I had to rehearse more. But he was very inspiring and motivating. And because we are friends, there was no pressure. I just like dancing with him and he's too good." So, how excited are you to see Tiger and Disha sizzle in this new single? 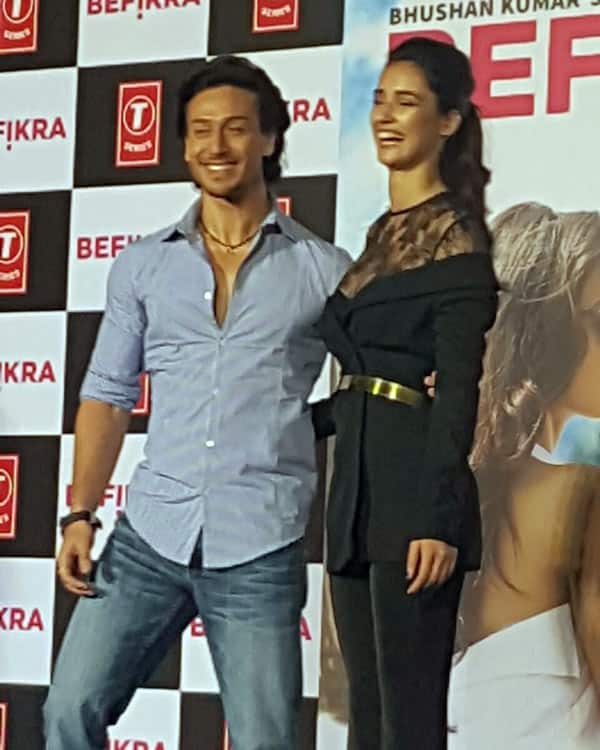 There you go, that has got to be a treat, @iTIGERSHROFF & @DishPatani shaking a leg to #Befikra LIVE at song launch. pic.twitter.com/R7yAySgxEF