Disha Patani will be next seen in Salman Khan starrer Radhe: Your Most Wanted Bhai, which is scheduled to hit the screens during the Eid weekend.

The gorgeous beauty of Bollywood, Disha Patani has always showed that she is a diehard fan of the popular K-pop band and we see her performing on the group's chartbuster tracks. But this time, the Baaghi 2 star revealed which BTS members she likes the most, who is 'V'. The actress shared an insta-story of music video ON, where she focused on 'V'. In fact, in the last year, we also saw Disha's rumoured boyfriend Tiger Shroff performing on BTS' track Dynamite, which garnered praises from the fans. Also Read - BTS members V, J-Hope, RM, Jin, Suga, Jimin and Jungkook show how they come up with different dance steps for their chartbuster song, Dynamite — watch video 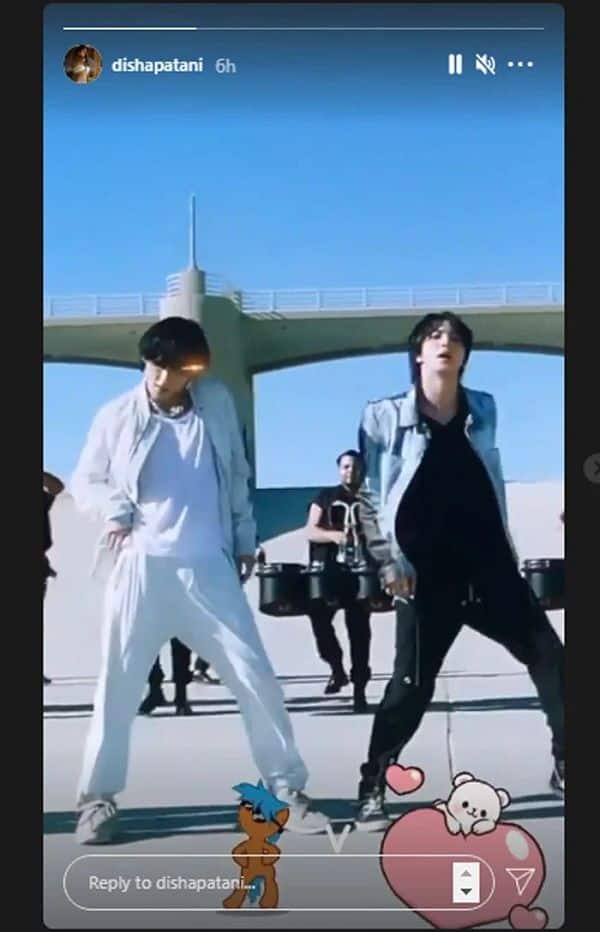 Apart from the duo, we also saw Bollywood celebs like AR Rahman, Diljit Dosanjh and Ayushmann Khurrana revealing that they are diehard fans of BTS. Talking about Disha Patani, she will be next seen in Salman Khan starrer Radhe: Your Most Wanted Bhai, which is scheduled to hit the screens during the Eid weekend. Talking about the film she earlier told BollywoodLife, "It's a commercial film. It's an out-an-out Salman Khan film. We're hoping that it turns out to be very entertaining for the audience. I don't know whether I can say it's a big role. Honestly, it's not about how big or small the role is. It's about if the role leaves an impact, if it means something. Like my role in Dhoni (The Untold Story) was quite small, but it left a major impact — that's why I am where I am right now. So, I guess the length is not really important for me, but the part I'm playing. You'll find out more about my part (in Radhe) once you see something. I'll be able to speak about it more then, but I don't really choose such things, I don't really see all these things. If I like a role, I do it." Also Read - Ever wondered why BTS does not create official vinyl records of their work? Read on

Directed by Prabhudheva, the film also features Jackie Shroff, Gautam Gulati and Randeep Hooda in pivotal roles. So, are you excited for this venture? Tweet and let us know @bollywood_life.