Guys, it is official that Divyanka Tripathi is the most romantic TV bride of the year. I mean Vivek Dahiya will literally drown in the mush. Yesterday, it was Karva Chauth and Divyanka Tripathi observed fast for her husband. It was the actress' first time and she wrote how Vivek was against the idea of her fasting. The lady also prohibited her husband from fasting as he was fitness freak. Divyanka also celebrated Haritalika Teej and this Karva Chauth was indeed special. The actress said she spoke to her mother-in-law who guided her about the pooja. She also got her first sargi from her. The lady decked up in red for the occasion. Also Read - Khatron Ke Khiladi 11: Did Rahul Vaidya take a dig at the makers with his ‘You must know who is gold and who's gold plated’ comment?

We saw the stunning mehendi on her wedding that had Vivek's face done on her palms. Well, writing names became passe after that. Divyanka said she took a huge risk with the mehendi as she had to resume shoot post that. However, she had to forego Mehendi for Karva Chauth. The lady decided to make up for it with something similar. She wrote Vivek's name on her bangles. On the occasion of Karva Chauth, she wore her bridal red and white bangles. It seems like the bangles were especially made for this occasion. Divyanka and Vivek's names were written in red stones while their picture was also framed in the chunky kangan. I mean jewellers will soon have to tailor-make this for brides. Also Read - Arjun Bijlani wins Khatron Ke Khiladi 11: Fans slam makers for being biased; say, 'Rahul Vaidya or Divyanka Tripathi deserved to win'

All said and done, we have to give credit to Divyanka for making Indian wear so cool and quirky at the same time. We are sure the quintessential desi girl look would have been too normal for the dashing Vivek, so it's necessary to get innovative. Coming to being quirky, Vivek is surely the most engaging Instagrammer in town.

Vivek and Divyanka got married on July 8 in a lavish ceremony in Bhopal. It was attended by close to 200 guests and was the wedding of the year. The kind of coverage it got showed everyone the true power of the TV bahu. The two met on the sets of Yeh Hai Mohabbatein and fell in love after being introduced by a common friend. Cute, loveable, romantic and mushy, we just run out of words to describe the two.

Really melted by your wishes for my long life. Don't forget to pray for timeless togetherness. And yes, here's what I'm going to do, I'll keep praying that the moon shines on us sooner than scheduled at least for today ? #HappyKarvachauth @divyankatripathidahiya 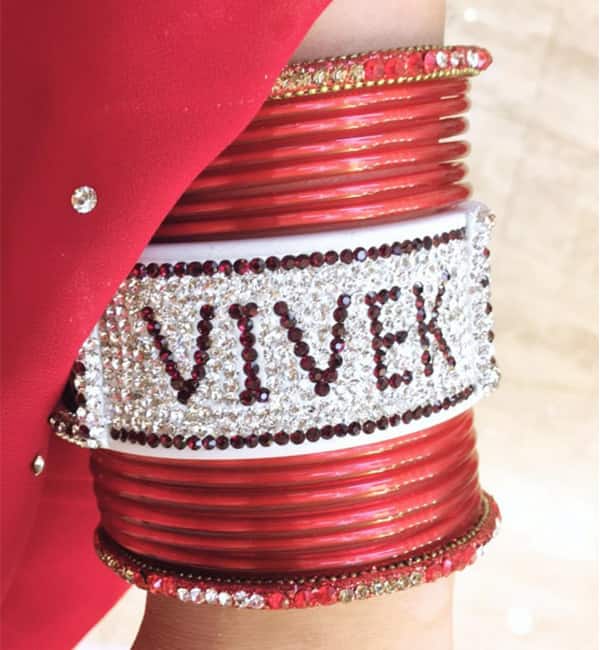 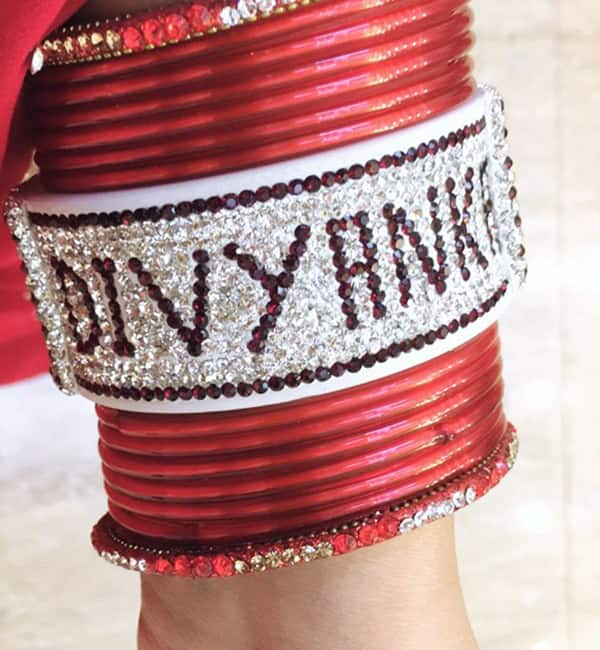 Gori Hai Kalaiyaan...Divyanka got customised bangles made for this party. She wore it with a red sari with silver sequins on it. The lady was radiating joy. 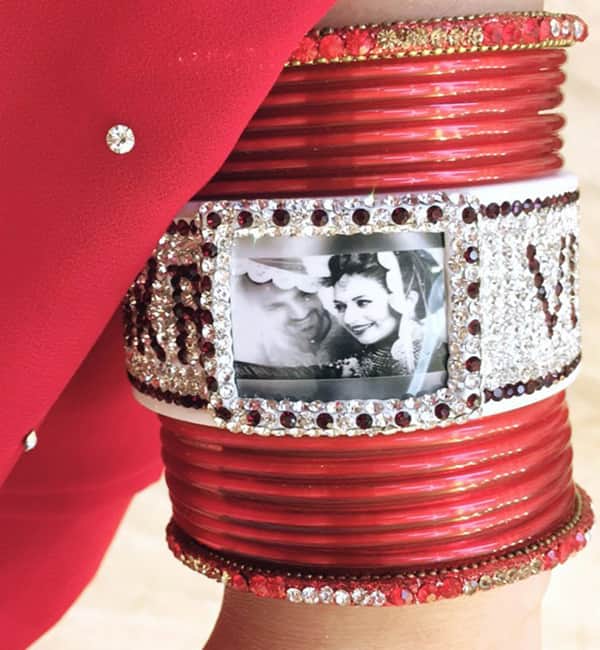 Toh Kheech Meri Photo Piyaaa! The bangles had pictures of Divek from their wedding a few months before. It was a gala affair.

Her first karwachauth and its awesome. She is looking so gorgeous @divyankatripathidahiya Love u Di.

Don't you feel Divyanka made for an absolutely gorgeous newly wedded bride on this festive occasion? Vivek kept it damn simple though. With a wife so elaborate, a man does need to keep it short and sweet.