Do you know what's common between Sara Ali Khan and Navya Naveli Nanda?

Well, we do so quickly check it out here below!

Sara Ali Khan, who has always maintained some good space from the limelight, garnered some crazy search on the internet when people found out about her relationship status. There has been news that Sara is dating politician Sushil Kumar's grandson Veer Pahariya thanks to the pictures of them went viral. Speculations sure are rife and neither parties have responded to this piece of news. Although, Sara just finished her graduation recently from Columbia University and is a super proud student, our inquisition towards her dating status is still pretty strong. In fact, we even recently found out a common thread between Sara and Amitabh Bachchan's granddaughter, Navya Naveli Nanda. Also Read - Is Kapil Sharma threatened by Raju Srivastava's new show Hanste Raho? Latter reacts

Everybody has an idea that star kids too have a wide and strong social reach not just within the industry but also among star kids of their own age. Hence it isn't a big shocker that Navya and Sara too have a common link. But the surprising element is the fact that Sara's alleged boyfriend Veer Pahariya is the common thread between them! Yes, we started following Veer on Instagram and found a picture of him next to Navya with a caption saying #Throwback. Clearly, it's an old picture that was uploaded quite a while ago but it is quite cool to learn that all the celebs and even their kids are connected to each other in some way or the other! If we're not wrong, this picture seems like it has been clicked in London where Ms Nanda is currently pursuing her education. Also Read - Akshay Kumar reveals he watched THIS Amitabh Bachchan blockbuster by buying a ticket in black 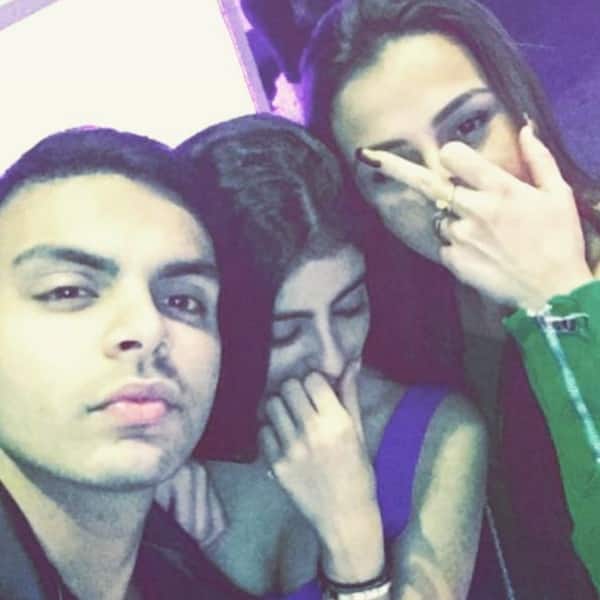 So what are your thoughts on Star kids and their strong social circles? Tell us in the comments section below! And stay tuned to this space for more gossips and latest updates on Sara, Navya and Veer!