Do you think Jaya and Amitabh Bachchan make a good onscreen couple? 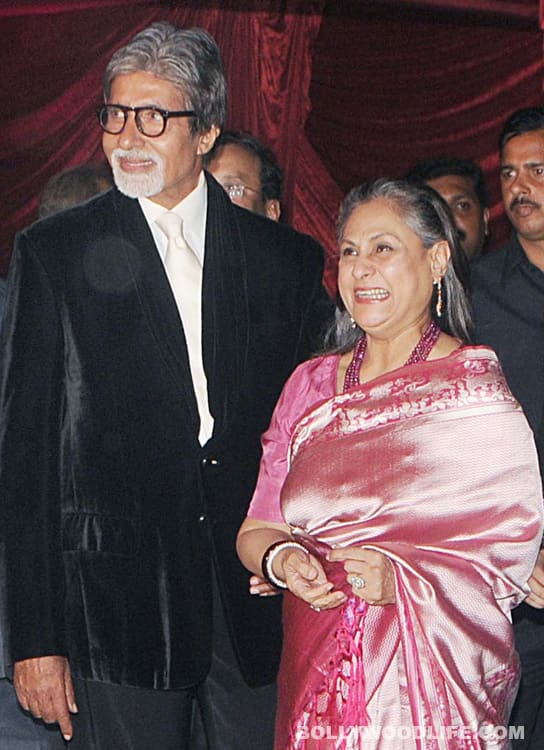 All those Bachchan fans out there are in for a big treat as the senior actors of the clan, Jaya and Amitabh Bachchan gear up to play a romantic married couple on the big screen once more. To be exact, it has been eleven long years since Karan Johar’s Kabhi Khushi Kabhie Gham released. The Yahaan director Shoojit Sricar has managed to get Jaya Bachchan and Big B to say ‘yes’ for an intense romantic drama revolving around an aged couple. In a tabloid report the director said, “It’s a retrospection of a marriage in the closing years of a couple’s life when they’re certain that one of them would go before the other. After spending 35 years together, how does one-half of the marital pair prepare to face a spouse-less existence?” Also Read - Nishabd, Fire, My Brother Nikhil, Kya Kehna: 11 Bollywood films that were ahead of their time – view pics

Unlike other real life partners, this senior couple has had a good run at the box-office every time they’ve done a film together. Remember Kabhi Khushi Kabhie Gham, Silsila, Sholay, Chupke Chupke, Abhimaan and Zanjeer? Even in the recent television commercial for a gold jewellery brand, the two made a cute couple together. However, at social dos Jaya and Big B don’t look anything like a loving couple. They are pretty restrained in their behaviour and interactions; totally opposite from their own son and daughter-in-law Abhi-Ash and other couples like Saif-Kareena and Ajay-Kajol who love being wrapped around their beloved’s arms everywhere they go. Perhaps, the no PDA mantra is the secret behind the senior couple’s successful onscreen chemistry or maybe they are just fabulous actors! Also Read - 45 years of Abhimaan: Did you know Amitabh Bachchan and Jaya Bachchan co-produced the movie?