Do you think Ranbir Kapoor aced Sanjay Dutt's look from the 80s in these pictures from Sanju?

You tell us if Ranbir Kapoor has managed to impersonate Sanjay Dutt from the 80s!

Ranbir Kapoor will be seen as Sanjay Dutt from June 29 onwards. The trailer has piqued our interest to another level altogether. It isn't easy to play the character of a person who is still alive. In Sanju, Ranbir will live, breathe and move like Dutt which clearly mustn't have been easy. Rajkumar Hirani, however, is known to be a fine director who will make sure Ranbir lives up to the expectations. We can already see that effort in the many looks that the actor has donned that mark the different phases in Dutt's life. Now we have a poster of Ranbir portraying Sanjay from the '80s. It was the time when Rocky had released. It was 1981 when Dutt dawned on the big screen as the Sunil Dutt's son and left everyone in awe of him. He became an overnight sensation but personally, he wasn't really going through a good phase. He had lost his mother Nargis only a few days before his first film hit the theatres. While India loved to love him, Dutt lost one person he loved the most in his life till date - his mother! That did things to his head and soon enough, he went wayward. Now, honestly, we don't really think Ranbir has got Dutt's 80s look right here but we would like to know it from you.

This day in 1981 released Sanju’s first film ‘Rocky’. Here is Ranbir in that look. #Sanju#RanbirKapoor#RajkumarHiraniFilms@VVCFilms@foxstarhindipic.twitter.com/yZSw7vNK0h 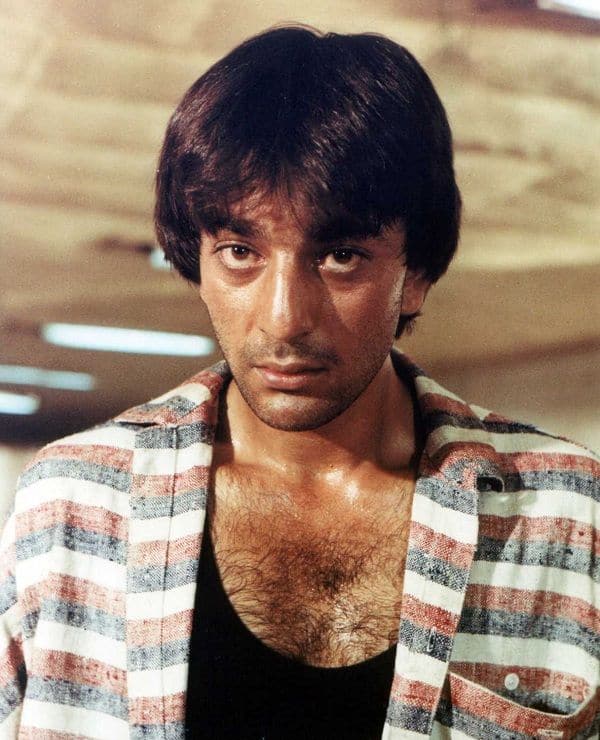 What do you think? Do they look similar? Vote here and tell us...