Vote and tell us if you think it's possible. 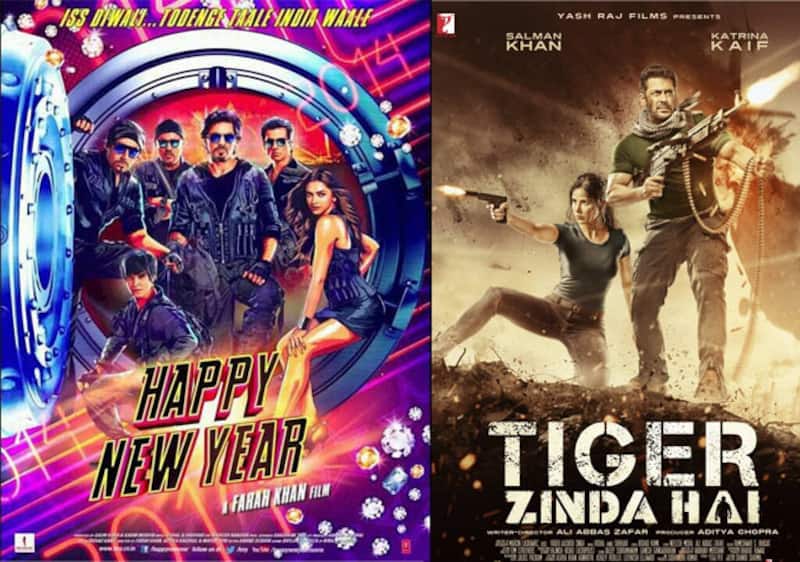 Salman Khan's Tiger Zinda Hai is releasing this Friday and we all are pretty stoked about it. Why not? It's been a while since we saw a biggie at the theatre. Last was Golmaal Again and that too in Diwali. Two months have already passed since that released. Obviously trade is busy predicting insane numbers for the film's collection and that's when it struck us. Shah Rukh Khan's one record has been still untouched since 2014. Even the mighty Baahubali 2 fell short of beating it. So we want to know if you think Salman's Tiger Zinda Hai will manage to do it. What it is? Well, Happy New Year is still the film which had the highest opening day numbers of Rs 44. 97 crore! Baahubali The Conclusion was almost close, with its Hindi version earning Rs 41 crore on the first day. Also Read - Bigg Boss 16: Sumbul Touqeer Khan's outburst over food fails to impress; netizens says, 'Har baar dusron ke matter main footage leni hai bas' [Read Tweets]

Shah Rukh Khan's Happy New Year released during Diwali in 2014 and created humungous records. Earning Rs 44.95 crore on the first day itself was unheard of till then. But the glittering set-up, Shah Rukh Khan and Deepika Padukone's fiery chemistry, coupled with funny scenes and a foolish heist attempt won it a lot of takers. It was a perfect Diwali bonanza and thus, it earned the way it did. In fact, that's Shah Rukh Khan's last blockbuster! Also Read - Bigg Boss 16: Sumbul Touqeer's father wins hearts with his reply to a netizen objecting the Imlie actress' participation in the show with Sajid Khan

As for Tiger Zinda Hai, it has everything a film needs to create a lot of noise at the box office. It has Salman Khan, first of all. Yes, his last film failed to please a lot of people, but do remember it is one of the few films which managed to earn more than Rs 100 crore this year. So even a flop film of Salman earns over Rs 100 crore... no other superstar can assure you that. Apart from it, the film itself looks like a blockbuster. Add to that some really awesome chemistry between the lead and you know it will be something really amazing at the theatres near you this Friday.