Recently, in an interview, while talking about Ranveer Singh's nude photoshoot, Anurag Kashyap joked about having bigger boobs than his Dobaaraa actress Taapsee Pannu. Read on to know more... 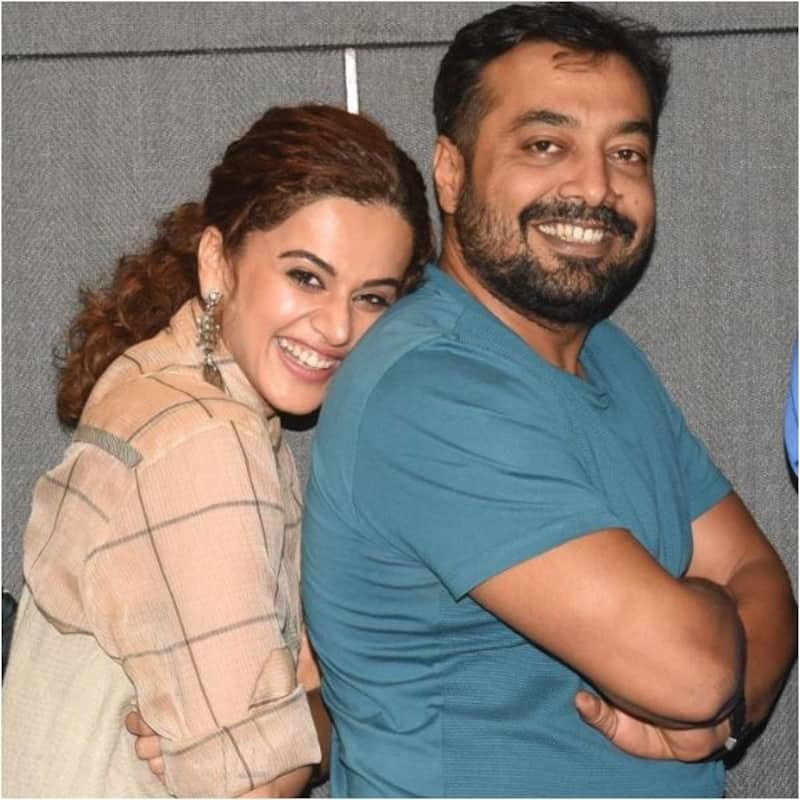 Ranveer Singh’s nude photoshoot has been the talk of the town since the time it made it to social media. While the actor’s fans and Bollywood celebs have loved the pictures, Ranveer was criticised a lot for going nude. It created a lot of controversies and even an FIR was filed against the actor. Now, recently, in an interview, Anurag Kashyap and Taapsee Pannu opened up about it, and while discussing it, the filmmaker joked that he has bigger boobs than Taapsee. Also Read - Trending Entertainment News Today: Shah Rukh Khan poses with Atlee-Thalapathy Vijay; Taapsee Pannu gets mobbed by paparazzi and more

Anurag and Taapsee are currently promoting their upcoming film Dobaaraa. In an interview with Siddharth Kannan, while talking about Ranveer’s nude pictures, Taapsee said, “Hollywood stars and models do so many nude photoshoots.” Also Read - Taapsee Pannu gets mobbed by paparazzi for her reaction on Raju Srivastava's demise; netizens slam them, 'Stop hounding her'

Anurag Kashyap added, “I have commented on it that don’t put pressure on me.” So, Siddharth quipped that the filmmaker should try and do it (nude photoshoot) and it will go viral. Taapsee Pannu added to this, “Horror show mat chalu karo.” So, Siddharth replied that Taapsee has a complex as she knows Anurag will go viral. Well, then Anurag replied and said, “Yeh darti hai because I have bigger boobs than her.” Also Read - Trending Entertainment News Today: Erica Fernandes unhappy with Brahmastra; Taapsee Pannu tagged as rude, arrogant and more

Well, in the comments section of the video, while some are trolling Taapsee and Anurag for their answers, some are taking it lightly and calling the interview funny. We wonder if this statement of Anurag will not create more controversies.

Talking about Dobaaraa, the movie is slated to release on 19th August 2022. It is a remake of the Spanish film Mirage and the movie is produced by Ekta Kapoor. While the trailer of the film was good, the pre-release buzz around the movie is quite less. It will be interesting to see whether the film will be able to make a mark at the box office or not.