Doctor Strange movie review: Benedict Cumberbatch's film is strange yet it is one of the best superhero movies

Doctor Strange is everything you would expect from MCU. This Friday book an appointment with this strange doctor. Rest assured you won't be disappointed. 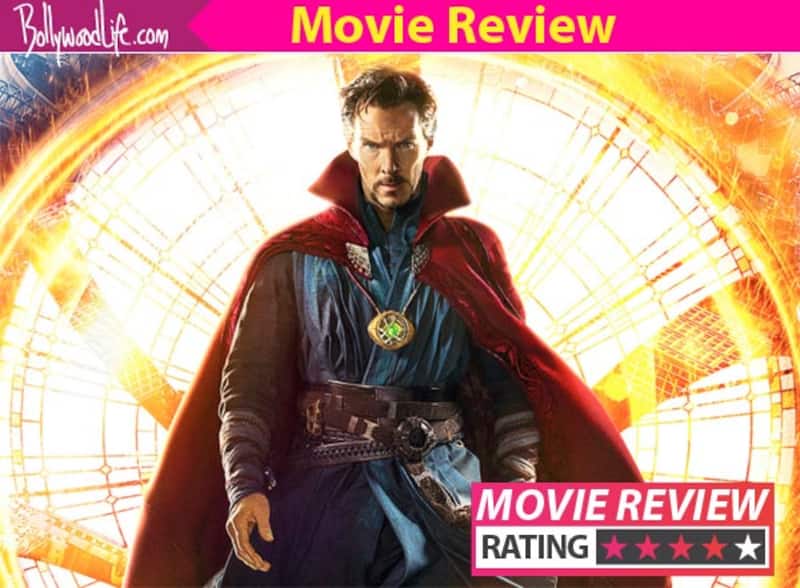 Can Marvel Cinematic Universe (MCU) ever put a foot wrong? After watching their last few films, it seems unlikely. Since the inception of MCU with Iron Man in 2008, they have become one of the biggest movie franchises of all time. Whenever a Marvel superhero movie releases, one watches it and thinks; it can't get better than this! I had similar thoughts from watching Iron Man to The Avengers, Guardians of Galaxy, Ant Man, Captain America Civil War and now Doctor Strange. Starring Benedict Cumberbatch in the titular role with Rachel McAdams, Chiwetel Ejiofor, Benedict Wong, Mads Mikkelsen and Tilda Swinton, this film turns the Marvel movies we have been watching till now, upside down and brings us a new dimension to the superhero genre.

What's hot
Oh almost everything about the film. Right from its apt casting of Benedict Cumberbatch as sorcerers Doctor Strange to Mads Mikkelsen as main antagonist Kaecilius. The film being a mind bender of sorts, was laced with trademark MCU humour and doesn't take itself too seriously. There are several scenes that will keep you on the edge of your seat. In fact the first confrontation of Doctor Strange and Kaecilius is plain EPIC. The subsequent scene with the team of supervillains chasing Doctor Strange and Mordo is one to watch out for. In fact that particular scene has the VFX one could only dream of. It all looks so real that it's surreal. Being a movie buff and having watched many movies I can say that on record that it has one of the best VFX ever seen in world cinema and no as was seen in the trailer it has nothing in similar and doesn't remind you of Inception. Stan Lee's cameo will chuckle you. IMAX viewing recommended.

CONFIRMED! Benedict Cumberbatch will be part of Avengers: Infinity War as Doctor Strange

What's not
There was nothing really I didn't like about this visual extravaganza apart from the fact that they underplayed the climax. It was comical also we don't really get to see when does Doctor Strange becomes capable of facing Kaecilius on his own. But overall it was good fun. Also Read - Trending South News Today: Sarkaru Vaari Paata box office collection inflated, Naga Chaitanya starrer Thank You locks release date and more

Verdict
Go watch it! It's everything you expect from MCU and yet it's different. I just can't wait to see Doctor Strange's banter with Tony Stark in Avengers Infinity War, oh that would be EPIC. Also do wait till end credits. An Avenger might surprise you. Just Saying!