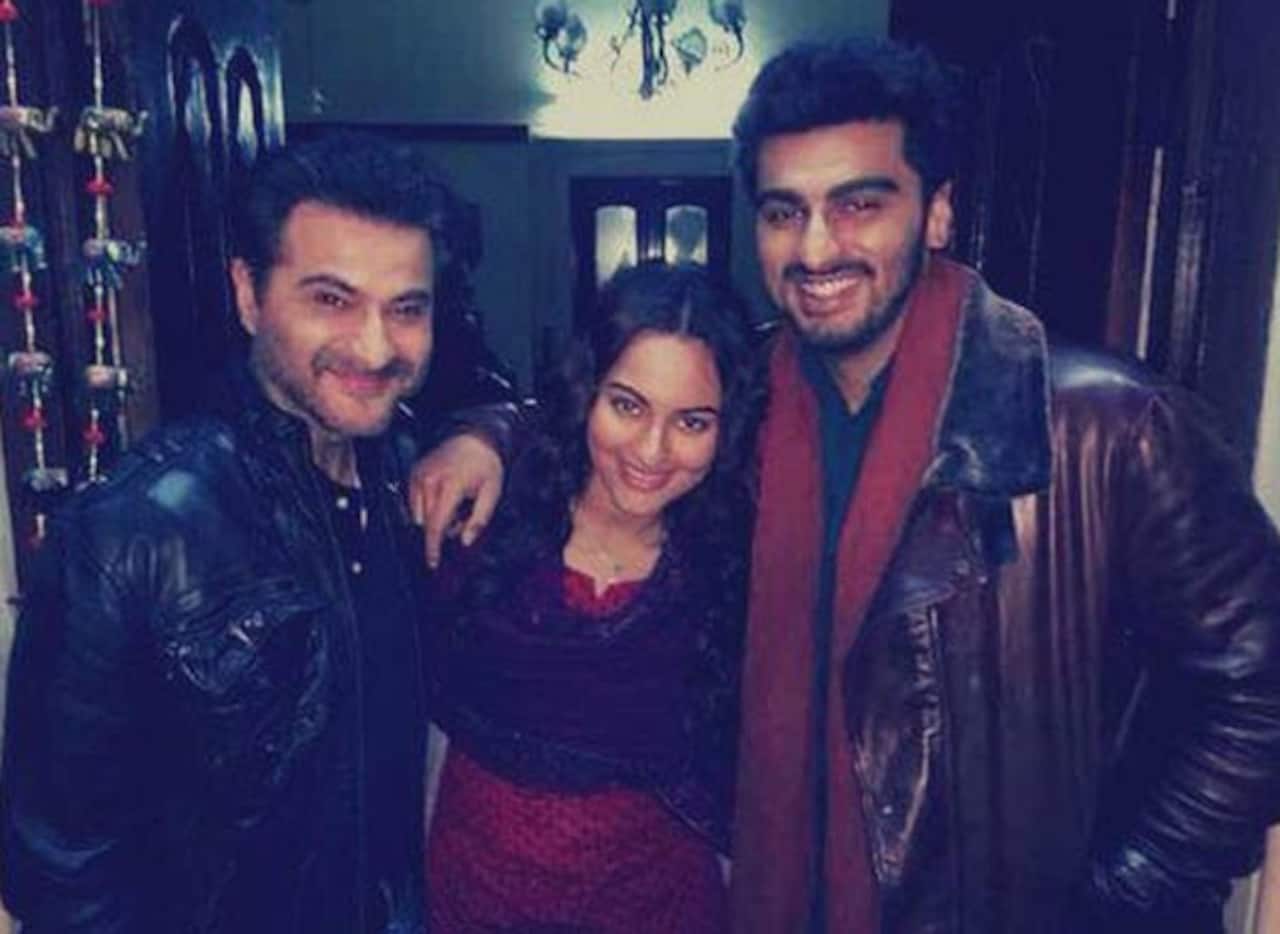 It seems like the Kapoor lad is having a tough time while shooting with "Sallu Miyan's" heroine. Confused? Read on...

Sonakshi Sinha is Arjun Kapoor's leading lady in Tevar is an old story. But did you know that Arjun knows Sona since they were both in school and used to call her "Salman Khan's heroine"? Also Read - Trending Entertainment News Today: Ranbir Kapoor throws fan's phone, Gauri Khan sheds happy tears over Pathaan's success, Bigg Boss 16 elimination and more

Don't believe us? Well in an interview with a leading daily, Arjun responded to a question about him and the Dabangg actor, saying, "I know her since school and keep teasing her as Salman Khan's heroine. I used to meet her during workout sessions with Salman. It feels different to be romancing her on the big screen." Also Read - Before Shah Rukh Khan's Pathaan, Kangana Ranaut has targeted these big Bollywood films

Now we don't know what he means by "different". But we surely think that this on-creen jodi might look ahem... different, no? Arjun further added that working with his father Boney Kapoor was an emotional experience for him. While he had the full freedom to suggest any alterations, it was his father who made the last decision.

Is Sonakshi Sinha any match to Alia Bhatt as Radha?

Now we don't know about you, but we are surely waiting for Tevar with bated breath. Well of course, seeing the different jodi of Arjun and Sona would be fun but we are more eager to watch the result of the mixed effort of the father and son in this one.