Does Priyanka Chopra have any retirement plans? Here's what the Citadel star has to say

Priyanka Chopra is one of the global icons we have in the world right now. She conquered Bollywood already and is now, winning hearts with her acting chops and films in Hollywood. Does Priyanka Chopra have any retirement plans? Here's what she has to say... 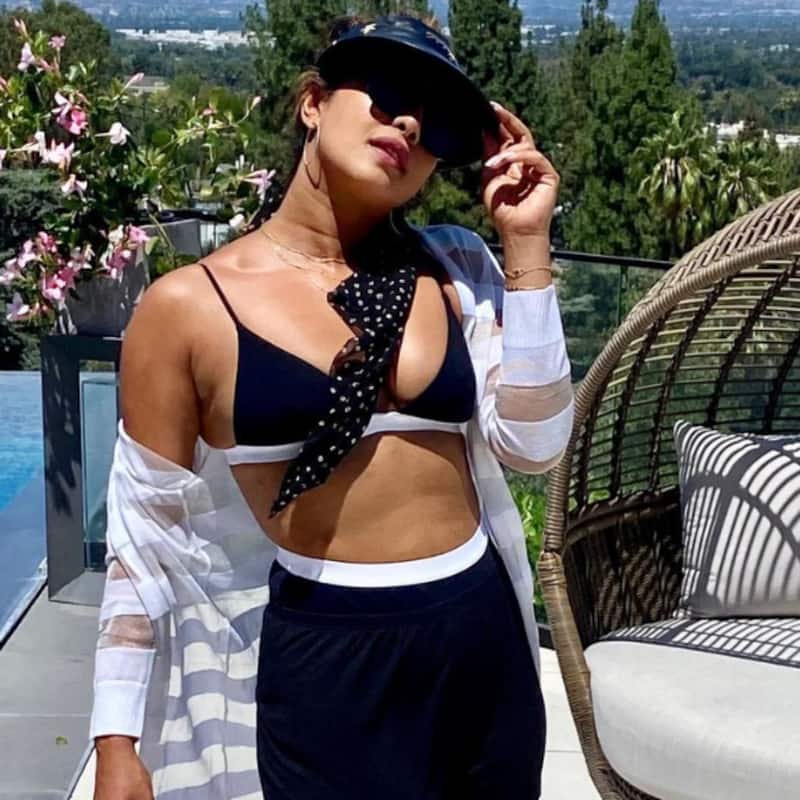 Priyanka Chopra is the name that everyone knows across the globe. She is not just an actress, but also a humanitarian, entrepreneur and more. Priyanka Chopra has her hands full as it is. She has a couple of Hollywood projects in her kitty, she also has a Bollywood project in the pipeline. The actress also has her brands to manage alongside charity work and work as a UNICEF ambassador. Priyanka has some films under her production house as well alongside mother duties, family and relationships at home. So many things to do, but does she have a retirement plan in place? Is Priyanka Chopra Jonas willing to retire someday? Here's what she has to say... Also Read - Hansika Motwani to Alia Bhatt: Celeb brides that left us speechless in their pre wedding festivities

Is Priyanka Chopra happy in life?

The Don actress sat down for a chat with Ranveer Allahbadia back when she was in Mumbai. Priyanka Chopra spoke about various things under the sky in this podcast that is unmissable for various reasons. Ranveer aka BeerBiceps had a heartfelt chat with Priyanka and a video is shared by the Fanclub online in which PC talks about if she is happy in life and if she has any plans to stop doing all that she is doing. Also Read - Alia Bhatt and Ranbir Kapoor are taking care of their baby girl Raha like a pro [Read Exclusive deets]

When asked if she is happy, Priyanka says yes. The Matrix 4 actress elaborates that it could be maturity or the change in perspective after crossing 35 or even having her feet on stable ground. Priyanka Chopra says that she is not running like she was before and has been thinking a lot about the steps she is taking and is in a content place right now. It's trending in the Entertainment News right now. Also Read - Entertainment news: Alia Bhatt and Ranbir Kapoor baby name revealed; Akshay Kumar deeply hurt by Richa Chadha's Galwan tweet and more

While chatting with Priyanka, the host asked her that doesn't she feel like she is done because not everyone has been able to achieve what she has in the media industry the way she has. The question initially baffled Priyanka who voiced it out. However, the host explained that like he has a retirement plan after age, so if she plans to just chill after a certain point in life. Seeing Priyanka has just being going on about her work with the same zest she had years ago.

Priyanka explains that when they are younger it was romanticized that one has to just go for it, work 24 hours, do four films in one go, do five shifts and don't sleep or eat and the more, one did that, the more successful he or she would be. However, Priyanka says that having a work-life balance is very important. The host gave an example with the plan of chilling on a beach and PC replied that she was just on a beach recently with her phones off, spending time with her family. The actress said that when she came back, she felt motivated to take her career forward. Priyanka says that work should not be tough but can be a companion. She explains that for her the work-life balance is very important. The actress says earlier she had plans about retirement but now that she has lived a little more, she has realised she loves her job and creating different things. Priyanka Chopra says that she has created it all by herself and hence, she doesn't want to give up or let anyone take it away as its her legacy for her children and future generations.

Check out the whole video here:

On the work front, she has Citadel with Russo Brothers. She also has a couple of Hollywood films. Priyanka also has a Bollywood film called Jee Le Zaraa with Katrina Kaif and Alia Bhatt.