Shah Rukh Khan released the new poster of the movie that has him looking like a total badass.

A few hours ago, Shah Rukh Khan has promised us that he will release a new poster of Raees, ahead of the trailer launch that is happening tomorrow. Since the moment we had seen that exciting teaser of the movie, nearly one and a half year ago, we are just waiting for any tidbit to get about Raees, and be happy with it. After all, Raees has all the ingredients to be the next massy flick after Sultan. True to his word, Shah Rukh Khan released the new poster of the movie that has him looking like a total badass. He has never looked so deadly before, and that sleek beard, and devil-may-care attitude make the poster a perfect tease for the trailer tomorrow. Also Read - TOP Bollywood celebs who have failed to fight off their odd BAD habits

However the poster also invokes a sense of deja vu in you. You feel that you have seen that blue shirt SRK is wearing in the poster before. Or the way he has places his leg on the arm of the chair. Or basically, his entire body language has that 'been there seen that' vibe. So where have seen it before? Also Read - From Akshay Kumar, Shilpa Shetty Kundra to Deepika Padukone: 8 Bollywood celebs who don't drink

As we cracked our heads over it, the image finally made it way into my brain. Of course we have seen it before. In fact, any die-hard Bollywood fan has seen it before. In case, you have still not got it, here is that pose... Also Read - Kaun Banega Crorepati 13: Neeraj Chopra recreates iconic lines from Amitabh Bachchan-Rekha's Silsila in Haryanvi and you'll be left laughing hard – watch 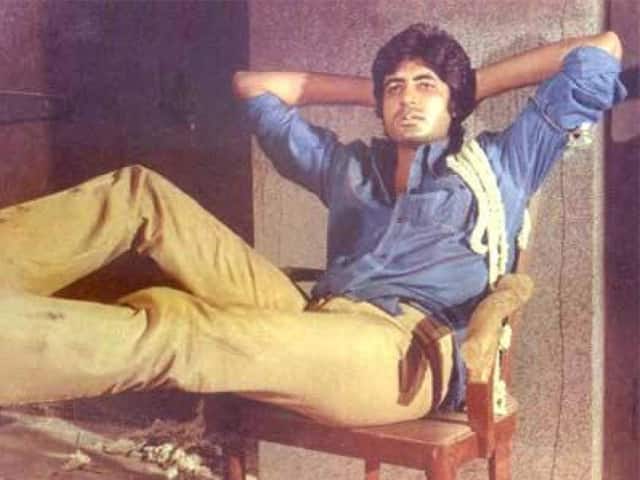 Yes, doesn't Raees' new poster remind you of this iconic Amitabh Bachchan pose from Deewar? let's make it easier for you by merging these two pics... 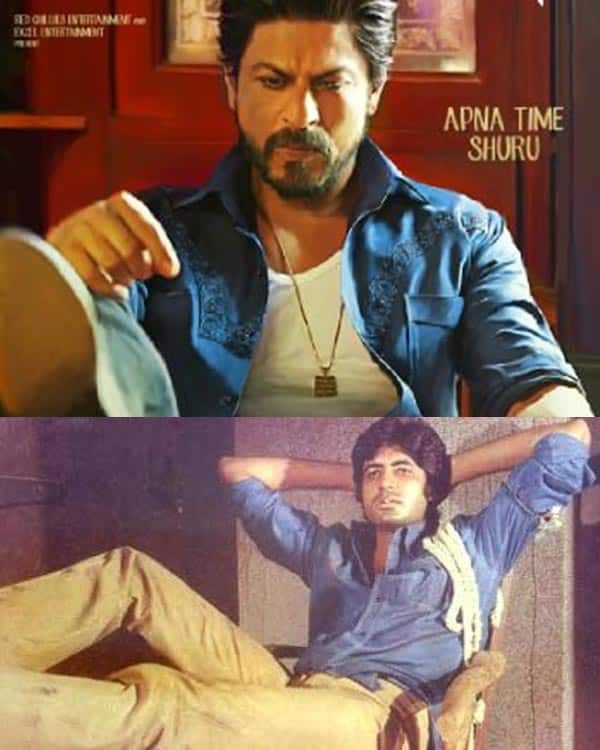 Now tell us whether you find it similar in context? Perhaps Shah Rukh Khan's character in Raees, Miyaanbhai is a diehard Amitabh fan!