She attended the Padma Awards ceremony at the Rashtrapati Bhavan where her grand-dad was awarded with the Padma Vibhushan...

It was a happy occasion for the Bachchan family as Amitabh Bachchan was bestowed upon with the Padma Vibhushan award at the rashtrapati Bhawan. The Piku actor was awarded for his phenomenal contribution to cinema and his entire family came out to be a part of the ceremony. His grand-daughter Navya Naveli Nanda, who is Big B's daughter Shweta Nanda's daughter, also attended the ceremony looking rather pretty in an embroidered salwar-kameez. She sat between her aunt Aishwarya Rai Bachchan and her grand-mom Jaya Bachchan. Also Read - From Ranbir Kapoor to Ranveer Singh: 6 Bollywood celebs and their favourite football clubs 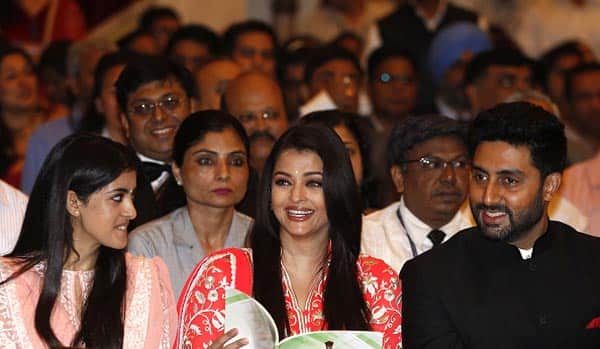 Also Read - SHOCKING! When Aishwarya Rai Bachchan REVEALED she was replaced in many movies by Shah Rukh Khan; here’s how the superstar had apologised

While we don't know what Navya's career plans are as of now or whether she would want to venture into films or not, but we can tell that the teenager has a star quality to her. If she does decide to enter the film industry, she will be a popular face. She was recently in the news for featuring in an MMS clip with Shah Rukh Khan's son Aryan Khan but soon it was confirmed that the MMS clip was fake and the people involved in the same were just Navya and Aryan's look-alike. Also Read - Before Samantha Ruth Prabhu - Naga Chaitanya divorce rumours, reports of spilt of THESE much loved celeb jodis that rocked the film industry 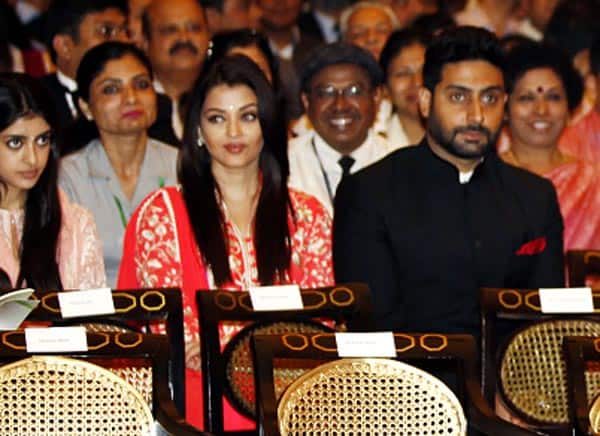 It would be a shame if Navya doesn't enter into the Bollywood industry because she practically has it in her genes. Not only is she Sr Bachchan's grand-daughter, she is also Raj Kapoor's great-granddaughter (from her father's side) Currently she is studying in the same school as SRK's son Aryan but are eagerly waiting for her to return and make a Bollywood debut!

Do you feel that this star-in-the-making should be paired opposite Aryan Khan in her debut film? Share your thoughts with us in the comments section below!