Salman Khan was the main lead in the first Judwaa movie, that was directed by David Dhawan, who is now directing his son in the sequel. 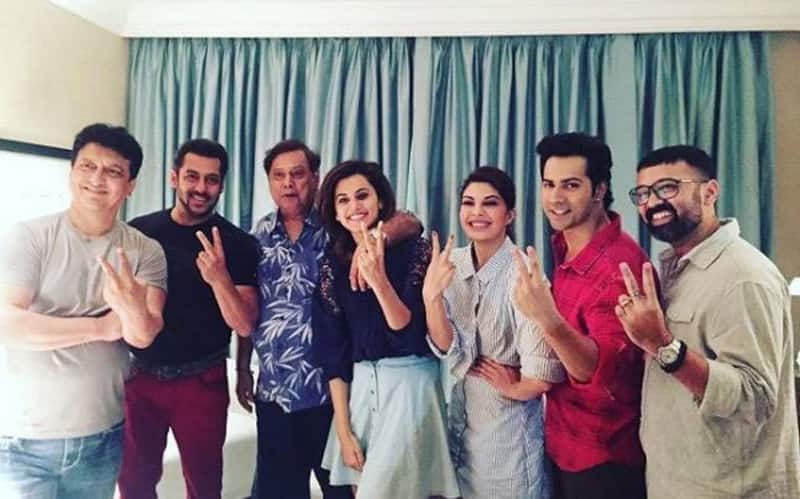 We all know that Salman Khan will be seen next in Judwaa 2, where he is making a cameo appearance. There has been a buzz that like Varun Dhawan, even Salman Khan is having a double role in the movie, and one of them might be playing a godfather to Varun's character. Now we have got more details of his role in the movie. While there are some very interesting details to delve into his part, there is also scope for some disappointment too, for Salman Khan fans. For, if reports are to be believed, his cameo will be nothing more than two minutes! Also Read - Aishwarya Rai Bachchan refused to join Ponniyin Selvan team on The Kapil Sharma Show because of Salman Khan? Here's the truth

As per an EXCLUSIVE report in DNA, a source close to the project revealed to the paper about Salman's role in the movie. It said, "Salman only appears in the ending scene before the credits roll. It’s how Varun’s double characters Raja and Prem meet the original aka Salman’s Raja and Prem in a hotel room. They share a few dialogues and that’s about it. It’s barely a two-minute scene, but their encounter is sure to be the biggest highlight of the film." Well, so much for being the godfather to Varun in the movie. Salman Khan had shot for the cameo in July. Also Read - Rashmika Mandanna makes Salman Khan groove to Pushpa song Sami; fans want them in a film together [Watch Video]

Salman Khan was the main lead in the first Judwaa movie, that was directed by David Dhawan, who is now directing his son in the sequel. While Salman had romanced Karishma Kapoor and Rambha in the original, Varun will be wooing both Jacqueline Fernandez and Taapsee Pannu in the sequel. Judwaa 2 is scheduled to release in September 29, with the trailer coming out in a couple of days. Also Read - Bhediya: Varun Dhawan's rugged look and Kriti Sanon's stunning avatar in black will leave you excited for their horror-comedy [View Pics]