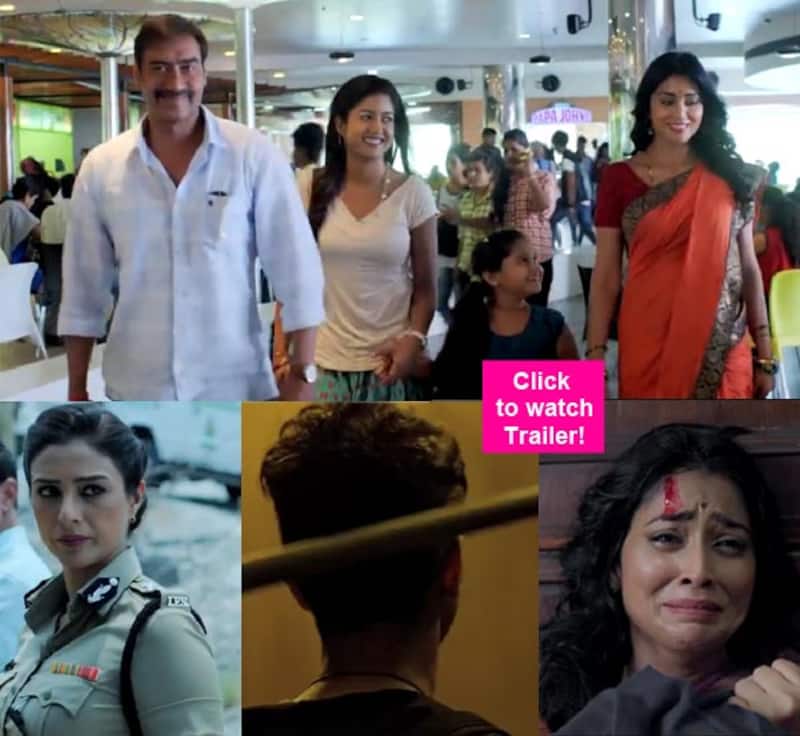 Gear up for yet another dhamaakedar performance by Ajay Devgn

After an intriguing teaser, the makers have now released the trailer of Ajay Devgn's upcoming film Drishyam, which is a remake of an eponymous Malayalam film. The film sees Shreya Saran essaying the role of Ajay's wife and Tabu playing a police officer, Meera Rajput. Despite the happy visuals in the teaser I got the hint of a lurking sadness to the story of Vijay Salgaonkar, a cable operator who leads a simple life with wife and two daughters. And now the trailer has confirmed my doubts. I just caught the trailer of the film and here's my impression of it... Also Read - Drishyam 2 actor Siddharth Bodke AKA David Braganza shares his super hit movie journey [Watch Video]

The trailer has a great build up from happy times to the troubled ones. Though it might look that the trailer has almost revealed the story, it's not true. We know from the trailer that Ajay's family has committed a crime and that Tabu is out to find the truth. But the suspense around the crime is still intact. It's like I know that the family is the culprit, but what is the crime? And what urged them to commit it? Also Read - Shah Rukh Khan to Salman Khan: MOST expensive vanity vans owned by Bollywood celebs that cost a fortune

Directed by Nishikanth Kamath, Drishyam narrates the story of a common man stuck in a messy situation where he has to save his family at any cost. The film which also stars Rajat Kapoor opposite Tabu, is slated to release on July 31.