The actor was seen tweeting a picture of the same recently. His new van looks awesome!

Celebrities spend half their lives in vanity vans, holding up in their white cocoons in between shots as they cannot be seen in public owing to their starry statuses. Hence, it is obvious that their second homes be nothing short of splendid and a clear example of the same is Varun Dhawan’s new vanity van! Also Read - Trending South news today: Pushpa star Allu Arjun has a special request for the crew, Samatha Ruth Prabhu talks about trolling she faced post split with Naga Chaitanya and more

The actor was seen tweeting a black and white picture of his new van with a caption reading,” My old van had an accident so got a new one pretty pimped out.” The van looks “pretty pimped out” indeed! We love the wooden flooring, along with the slick furniture. Also Read - RRR trailer: SS Rajamouli announces a new release date of Ram Charan and Jr NTR's magnum opus We recently presented you with a picture of Alia’s van, which has a trendy and peppy touch to it and is much more colourful as compared to Varun’s van. Nonetheless, they both have cute ones don’t they? 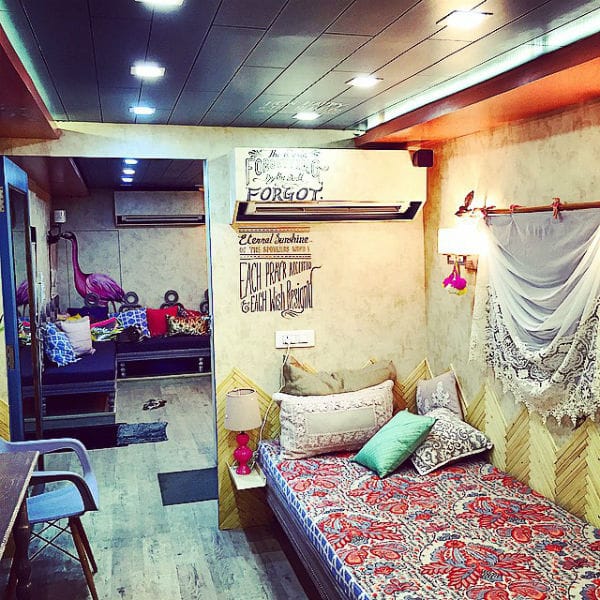 But whose van do you like more, Varun or Alia’s? Post your votes in the box below!