Dulhe Raja, Deewana Mastana, Hero No 1 - 5 Govinda movies that you should rent and watch instead of Aa Gaya Hero

I expected it to be bad, but I never expected it to be this bad. I had gone to watch Govinda's comeback movie as a hero, unimaginatively titled Aa Gaya Hero first day first show, and have survived to tell the tale. Also Read - Govinda to play a GAY character with shades of grey in his next film

Aa Gaya Hero is the kind of movie Kanti Shah, the man responsible for the great cult classic Gunda, had made if he had got the dates of Govinda. Badly directed, poorly edited, terribly enacted with dialogues that would embarrass you and songs that keep on popping out on the screen for no random reason. All in all, this is one coherent mess. Also Read - Govinda questioned for 6 hours over tax evasion of Rs 60 lakh

If Aa Gaya Hero has any other hero in the lead, we would have just laughed at it. But since it is Govinda, the man who gave us so many entertaining movies in the past, all we feel for him is pity as to see him cut a sorry figure of himself. I have suffered the movie, and to spare you of the same, I suggest you better watch 5 of Govinda's better works that suffer two hours in the theatre to watch his poor attempt of being massy. Also Read - Beauty And The Beast box office collection day 3: Emma Watson's movie has a decent first weekend; earns Rs 6.67 crore

If there is any Govinda movie that I would watch again and again, it would be Dulhe Raja. Sure, the film-making is outdated in the current times, but Govinda's fantastic camaraderie with Kader Khan and Johnny Lever makes for some amazing tea-time comedy. Entertaining, through and through.

You should not be surprised if this list is dominated by Govinda movies that are directed y David Dhawan. Boy, they were such a lethal box office combo in the '90s delivering so many superhits. Hero No 1 is their take on Rajesh Khanna's classic Bawarchi,but with more David Dhawan jokes. Though Coolie No 1 was a bigger hit, Hero No 1 was more of a family affair, and is still enjoyable every time I get to watch the rerun on TV. 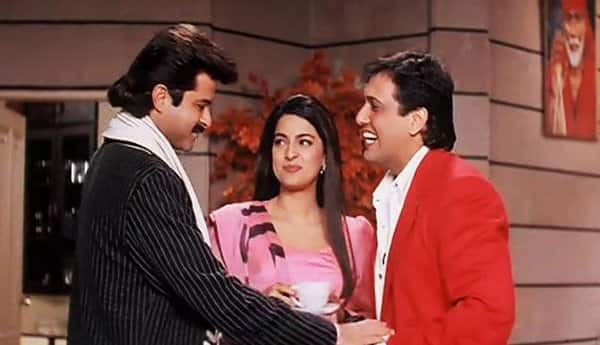 Deewana Mastana's two big flaws are that it has one song too many, and some of its jokes are about the mentally disabled. These flaws apart, Deewana Mastana remains a terrific timepass entertainer, filled with some sany quotes and competitive performances from both Govinda and Anil Kapoor, with some great support from Anupam Kher, Satish Kaushik and Johnny Lever. Also check out for Salman Khan's surprise cameo in the end. 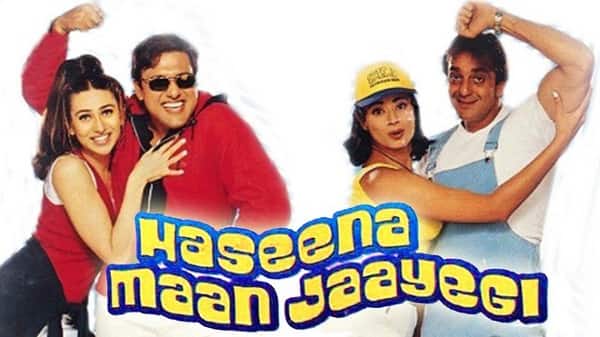 I don't know what their equation is now, but Govinda and Sanjay Dutt has some pretty incredible chemistry together, and this was on great display in movies like Andolan, Haseena Maan Jayegi, Jodi No 1 and Ek Aur Ek Gyarah. Among the films that they have done together, Haseena Maan Jayegi ranks the best for me, thanks to some really comic acting display from the entire cast. Govinda, especially, is one top form here when he gets into the old man act. 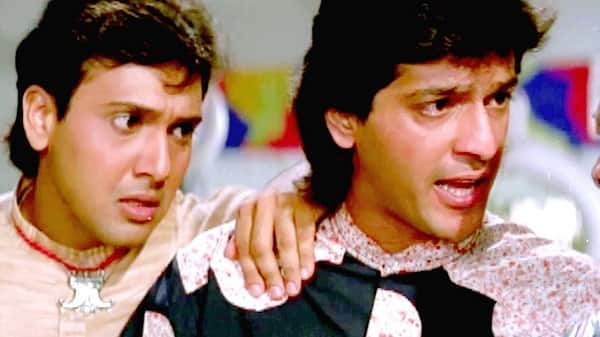 One of the biggest blockbusters of all time, if you count inflation, Aankhen was the crowning glory in the careers of both Govinda and David Dhawan. With some blockbuster songs, terrific comic bromance between Govinda and Chunkey Pandey and a masala premise that would make the '90s proud, Aankhen is every bit entertaining now as it was in 1993.