Shah Rukh Khan's picture in beard from the sets of Dunki gets leaked on social media. His infectious smile and charming personality in the picture will surely make females go weak in the knees. 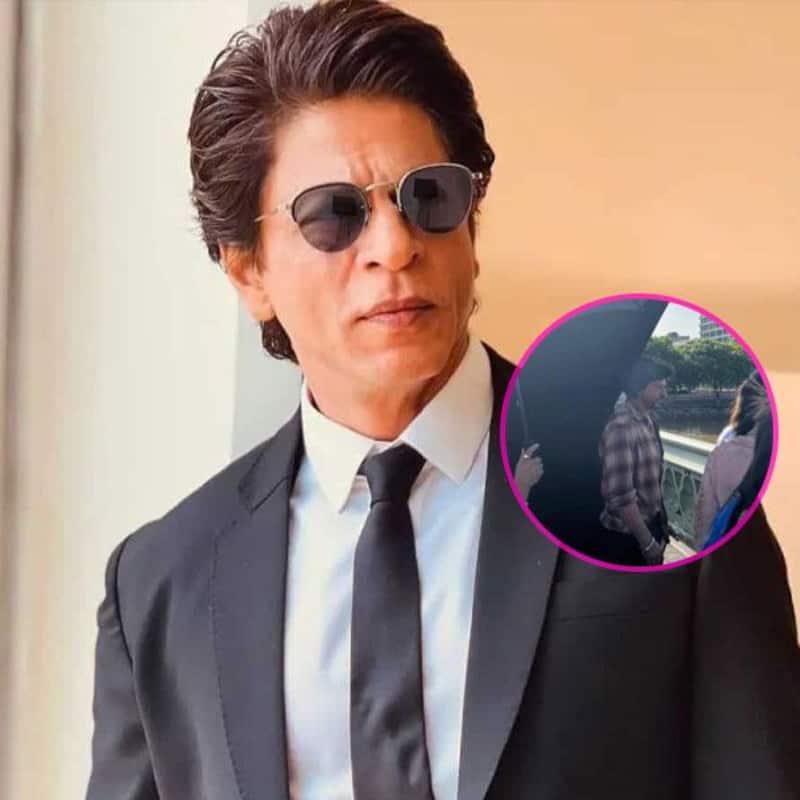 Bollywood Badshah Shah Rukh Khan's picture from the sets of Dunki gets leaked on social media and fans are going gaga over his latest appearance. Shah Rukh Khan is currently shooting in London for his upcoming film Dunki and fans are eagerly waiting for his movie to hit the theatres. The actor left for London from Mumbai airport on July 14. Recently, a picture of Shah Rukh Khan filming for Dunki surfaced on social media and the actor can be seen in a casual look. His team is seen surrounding him. Shah Rukh Khan donned a plaid shirt and paired it with black trousers. He was also seen wearing a bracelet and looked handsome in a rugged look. His infectious smile and charming personality in the picture will surely make females go weak in the knees. The picture was beautifully clicked as Shah Rukh Khan shot for the film at Waterloo Bridge. Also Read - Deepika Padukone joins Kylie Jenner, Jared Leto and others at Paris fashion event [View Pics]

Have a look at the picture - Also Read - It’s AWKWARD! Hrithik Roshan, Deepika Padukone and more celeb moments will make you laugh till your cheeks hurt 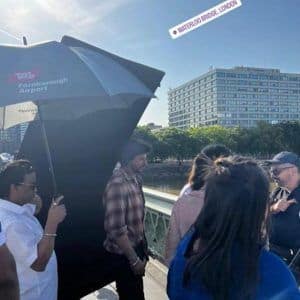 Within no time, Shah Rukh Khan's fans shared the picture on social media and poured immense love into his new look. One user wrote, "#SRK with Beard," while the other commented, "Handsome as always." Another one said, "#Dunki is now trending after leaked pic of SRK. Craze of SRK's upcoming movie."

On the work front, Shah Rukh Khan will be sharing the screen space with Taapsee Pannu in Rajkumar Hirani's film. Shah Rukh Khan and announced the film in April. The movie is expected to release on December 22, 2023. Apart from Dunki, SRK also has Siddharth Anand's Pathaan alongside Deepika Padukone and John Abraham in main roles. The film will release on January 25 next year. SRK also has Atlee's Jawan which will release in theatres on June 2.