Taapsee Pannu opens up about the leaked pictures from the sets of Dunki; revealed how Shah Rukh Khan and Rajkumar Hirani reacted to it. Read on to know more... 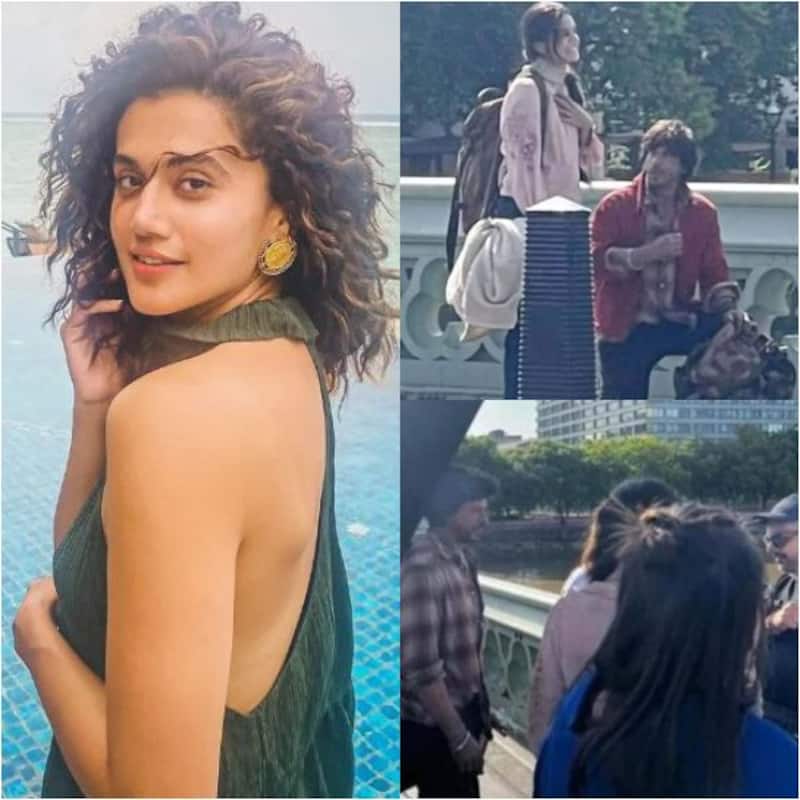 Shah Rukh Khan and Taapsee Pannu wrapped up a schedule of Dunki in London a few days ago. While the actors were shooting for the Rajkumar Hirani directorial there, their pictures from the sets were leaked. BollywoodLife was the first one to inform you that Hirani is not happy about it and the leaked pictures and videos have made the makers quite worried. Now, Taapsee has opened up about it and revealed that SRK and Hirani were not happy with the leaked pictures. Also Read - Trending Entertainment News Today: Anil Kapoor's doppelganger is Bollywood ready, Aishwarya Rai Bachchan not the first choice for Ponniyin Selvan and more

Dunki has been making it to the headlines in entertainment news since the day it has been announced. Recently, while talking to Indian Express, the actress said, “They tried to not… But we were shooting at Westminster Bridge (London), there is only so much you can do. Shah Rukh sir also tried a lot. They were not really happy that pictures came out.” Also Read - Jawan: Shah Rukh Khan film a heist thriller against the backdrop of revenge? Here's what we know [Exclusive]

She further revealed that Hirani likes to keep things under wraps. Taapsee said that the filmmaker prefers to finish the shooting of his film first and then reveal details, and Shah Rukh Khan is totally okay with it. Also Read - Ganesh Chaturthi 2022: Shah Rukh Khan welcomes Ganpati Bappa in his house; fans call him, 'Secular Indian'

However, Taapsee Pannu added, “But then you can only do so much when you are shooting with a superstar like him. Obviously, people are curious. With Shah Rukh Khan, you can’t control the crowd and that was Sunday, overseas, in London, shooting on Westminster Bridge- you just can’t.”

Taapsee is currently busy with the promotions of Dobaaraa which is slated to release on 19th August 2022. Directed by Anurag Kashyap, the movie is a remake of the Spanish film Mirage. Apart from Dobaaraa and Dunki, Taapsee has Blurr and Woh Ladki Hai Kahaan in her kitty. Blurr will also mark her debut as a producer. While Dunki is slated to release in December next year, the release date of Blurr and Woh Ladki Hai Kahaan is not yet announced.