It seems like Tiger Shroff's sister Krishna's boyfriend Eban Hyams has revealed the reason why the two decided to part ways each other in his cryptic Instagram post.

Tiger Shroff's sister Krishna Shroff had shocked everyone when she recently announced her break-up with her boyfriend Eban Hyams. She had requested her fan clubs not to tag her with Eban since they are not together anymore without citing any reason for their split. But it seems like Eban has revealed the reason why the two decided to part ways each other in his cryptic Instagram post. Also Read - SAY WHAT! Tiger Shroff made Krishna Shroff believe she was adopted? Latter REVEALS a side of the Ganpath star that no one knows [EXCLUSIVE VIDEO] 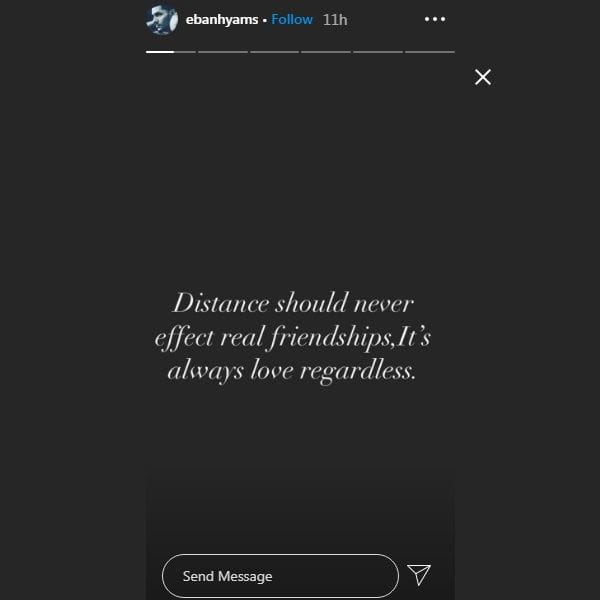 Krishna had been missing Eban for some time now. Earlier, she had shared romantic photographs of herself with Eban saying she is missing her beau amid the global lockdown. On the image, she wrote, "Thanks for being almost one foot taller than me so that no matter the picture, I never have a double chin... Miss ya boo."

According to reports, Krishna and Eban met at Soho House in Mumbai last year and hit it off instantly. They began dating each other and had even celebrated one-year anniversary of their first meeting, that is on May 11, 2019 while interacting with their fans on social media.

But unfortunately, their romance couldn't go far as they might have wished and decided to go separate ways. "All you fan clubs are cute and all. But please stop tagging me in edits with Eban. We aren’t together anymore. So stop associating us. Letting you all know since it was so public,” Krishna had written while announcing her break-up with Eban. She has also deleted all of her pictures with Eban from Instagram.