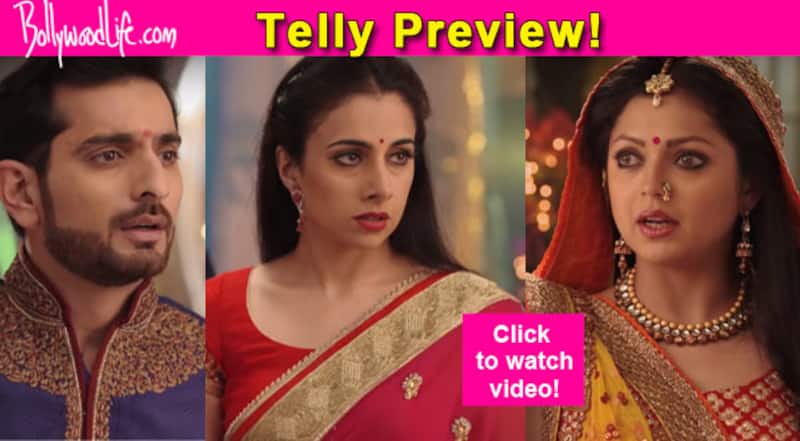 What will Gayatri tell Sulakshana? Watch promo and find out!

In the last episode, we saw a lady coming in and claiming that she was Ranaji's(Siddhant Karnick) wife Sulakshana. She spoke to Ranaji and tried to convince him of the same. But Ranaji was adamant and didn't give in. He told her she could go back to wherever she has come from because if she were Sulakshana, he would have figured it out on his own. Kunwarji on the other hand met up with a man and asked her to have an affair with Gayatri and impregnate her. Meanwhile, Gayatri(Drashti Dhami) was seen keeping a fast for Ranaji. The latter approached her and said that he was in a fix because of the lady who claimed being Sulakshana. Ranaji however took the opportunity to tell Gayatri that whatever he felt for her was real. He broke Gayatri's fast and the shared a romantic moment together. Sulakshana saw them together and stormed off. The episode ended with Gayatri being shattered upon seeing Ranaji going after her amidst the karva chauth ritual. Also Read - Bade Achhe Lagte Hain, Iss Pyaar Ko Kya Naam Doon, Jamai Raja and more TV shows with sensual love making scenes that shocked the audience

In the upcoming episode, we will see Ranaji going after Sulakshana and trying to stop her. Sulakshana will tell Ranaji to let her be. Amidst all this, Gayatri will walk in and stop Sulakshana. She will then offer to answer all her questions, and will shock Ranaji as well as Sulakshana by claiming that she is not his but his friend's wife. OMG! Why the hell will Gayatri lie to Ranajai? Also Read - RIP Surekha Sikri: 'She was a cutie, a darling of a lady,' says her Ek Tha Raja Ek Thi Rani co-star Siddhant Karnick [Exclusive]

And how will Ranaji react? Check out the promo video below and stay tuned for more updates! Also Read - Anupamaa: Parull Chaudhry of Divya Drishti fame to enter TRP topper; shares BTS pictures from the sets