John Abraham and his wife Priya Runchal have tested positive for COVID-19. The Satyameva Jayate 2 actor revealed that he came in contact with an infected person a couple of days ago. Check out his post below:

Satyameva Jayate 2 actor John Abraham and wife Priya Runchal have tested positive for the novel coronavirus. The Bollywood couple had come in contact with an infected person a couple of days ago and have now tested positive for COVID. John Abraham took to his social media handle and announced the same. He also gave an update in his Instagram stories saying that both he and his wife are under quarantine and have mild symptoms. "I came in contact 3 days ago with someone who I later learned had COVID. Priya & I have tested positive for COVID. We have been quarantined at home so haven’t been in contact with anyone else. We are both vaccinated & experienced mild symptoms. Please stay well and healthy. Masks up." Check out John's Instagram story here: Also Read - Akshay Kumar, Salman Khan, Ranveer Singh and more: Fees charged by B-town's top stars will leave you stunned 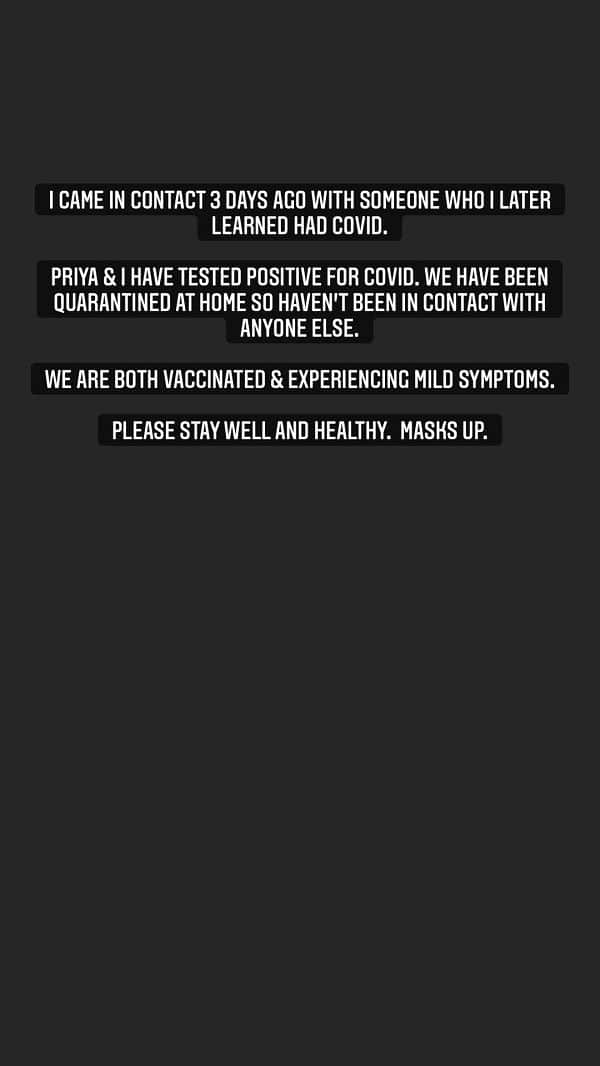 Meanwhile, recently, John Abraham grabbed headlines when he had archived all of his previous posts on Instagram. It had led to fans believing that John's IG was hacked. However, the rumours were proved false when John posted a teaser of his next, Attack. His social media posts are back. Talking about his movies front, John has Attack with Rakul Preet Singh and Jacqueline Fernandez. Lakshya Raj Anand is handling the director's duties of the movie based on the hostage crisis. John also has Mohit Suri's Ek Villain Returns. The second instalment also features Arjun Kapoor, Disha Patani, and Tara Sutaria in the lead roles. He reportedly plays the lead antagonist in Shah Rukh Khan and Deepika Padukone starrer Pathan.