EKK DEEWANA THA: All you need to know about the movie 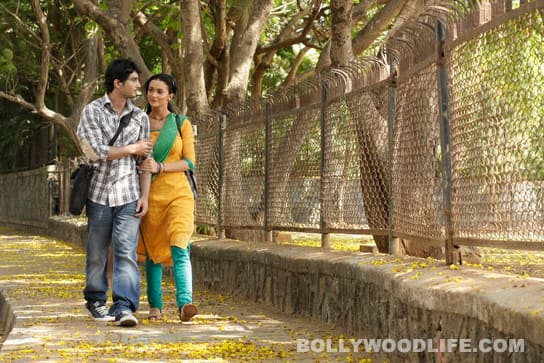 Find all the reviews, news, gossip, pictures, trailers and songs from Ekk Deewana Tha on this page

Ekk Deewana Tha revolves around Sachin (Prateik), a regular 22-year-old engineering graduate from a middle-class family in Mumbai, who is in love with cinema and wants to carve a niche for himself in filmdom. But it is not easy to fulfill his dream as he struggles to survive on his pocket money. While waiting for his big break, he meets Jessie (Amy Jackson) and instantly falls in love with her. Jessie is a beautiful, elegant and smart girl, but belongs to an orthodox Malayali Christian family, where watching movies, partying or falling in love are taboo. Jessie, from her end, tries to forge a friendship, believing that hiding their feelings under the umbrella of friendship would save them heartache, tears and a full-blown family drama.

Prateik, Amy Jackson at the premiere of ‘Ekk Deewana Tha’

Prateik and Amy Jackson celebrate the success of song ‘Hosanna’

Prateik: I take time to open up

Prateik is a head-turner with his ‘Hosanna’ girl Amy Jackson!

Is Prateik-Amy Jackson’s chemistry too hot to handle?