FIRST LOOK! The paps have clicked seven-month-old Ravie Kapoor and we must say he looks a lot like his mom, Ekta Kapoor

Ekta Kapoor became a proud mom to a baby boy at the start of the year. The TV czarina has admitted that motherhood is the most amazing thing that has happened to her. We have seen videos and pics of the little one on her social media but she never revealed the face of the child. Well, Ekta Kapoor had gone with Ravie to ISKCON on the occasion of Janmashtami. She was accompanied by a friend. Dressed in a colourful kurta and dhoti, he looked as cute as a button. Ekta was dressed in a simple salwar kameez. Both of them sported the chandan tilaks that is put on devotees on the occasion of this holy festival. Ekta Kapoor is known to be extremely religious and spiritual. This was Ravie's first outing at a public place. Well, he looks so much like his mother. Their features match a lot and he has Ekta's lustrous hair. Check out pics of the little one... 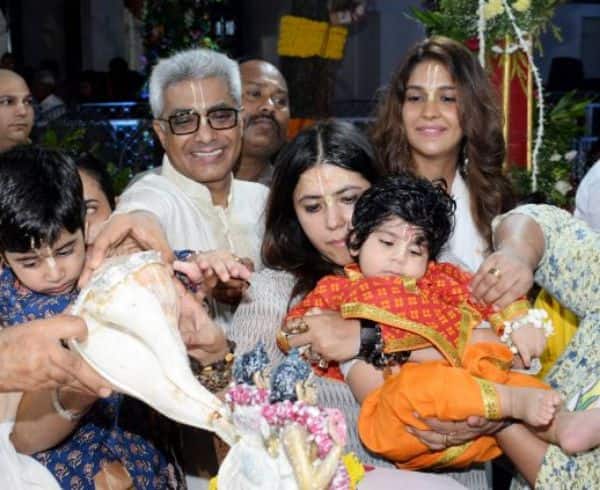 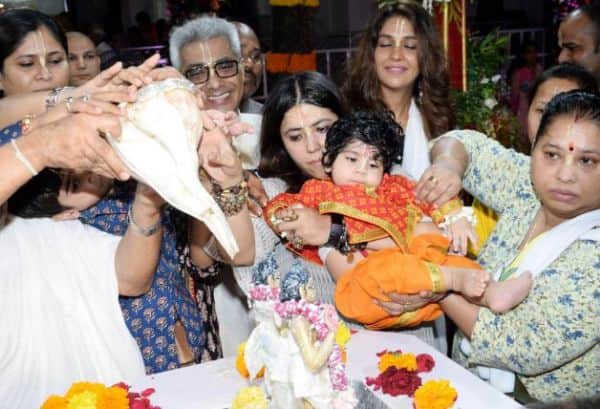 Ekta had shared pics on her social media. There we could only see Laksshya who was dressed in kurta pyjama. The little one poured water on the idols of Lord Krishna with the ceremonial conch shell. Ekta Kapoor's friend and their nannies accompanied the little ones. Also Read - BTS: Ekta Kapoor thanks RM aka Kim Namjoon for identifying with Humdard song from Ek Villain; Twitter tells her 'it's not what you're thinking'

The boys we love!

After becoming a mom via surrogacy, Ekta Kapoor wrote, "By God’s grace, I have seen many successes in my life, but nothing beats the feeling of this beautiful soul being added in my world I cannot even begin to express how happy my baby’s birth has made me. Everything in life doesn’t go the way you want it to but there are always solutions to those hiccups. I found mine and today I feel immensely blessed to become a parent. It is an emotional moment for me and my family and I can’t wait to begin this new journey of being a mother to my little bundle of joy, Ravie Kapoor." Stay tuned to BL for more scoops and updates!