Emergency actress Kangana Ranaut who will be seen playing the role of late Prime Minister Indira Gandhi in the film recently shared two childhood pictures of herself. She revealed how perfect she is to play the role of former PM Indira Gandhi. 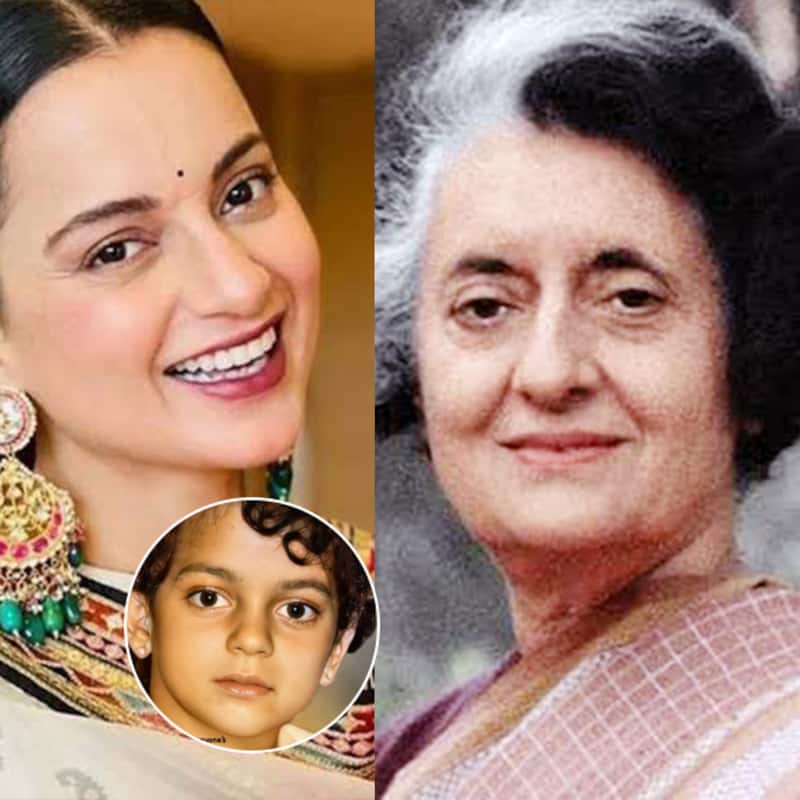 Recently, Kangana shared two childhood pictures of herself and spoke about her resemblance with the late Prime Minister. She shared a picture in a school dress and wrote, "It’s uncanny growing up, many of my relatives called me Indira Gandhi probably because of my hair style. #emergency". In the second picture, the Queen actress looked super cute in her childhood picture. She captioned the Instagram story as, "I didn't follow anyone's hairstyle as a kid. I went to the village barber on my own and guided him to do hair cut that I liked it short... this inspired many jokes in the family especially all uncles from army background called me Indira Gandhi... #emergency" Also Read - Trending Entertainment News Today: Mouni Roy to return as Junoon in Brahmastra 2, Hema Malini takes a dig at Kangana Ranaut and more 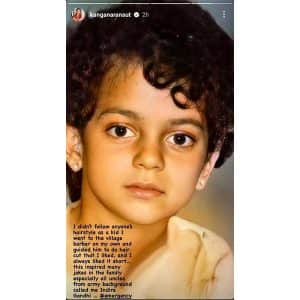 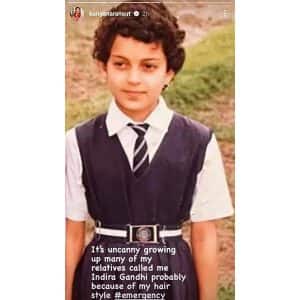 Later, Kangana even shared the teaser of her upcoming film and wrote, "Presenting ‘Her’ Who was called ‘Sir’." She even shared posters of the film and left fans eagerly waiting for the movie.

On the work front, Kangana was seen playing the role of the late chief minister of Tamil Nadu, J. Jayalalitha in Thalaivi. She was last seen in Dhaakad, but the film did not do well at the box-office. Talking about the Emergency film, the movie will also star Anupam Kher, Mahima Chaudhry, Vishak Nair and Shreyas Talpade in the main roles. Emergency and Kangana Ranaut seems to be trending on the Entertainment News.

Kangana has Tejas wherein she will be playing the role of an Indian Air Force pilot in the film. The release date of the film is still awaited.