From Ranbir Kapoor reveals Alia Bhatt is not his FIRST wife, Shah Rukh Khan unleashes his rugged avatar from Pathaan and more - here's looking at all the top updates from the world of showbiz that kept Bollywood stars in headlines. 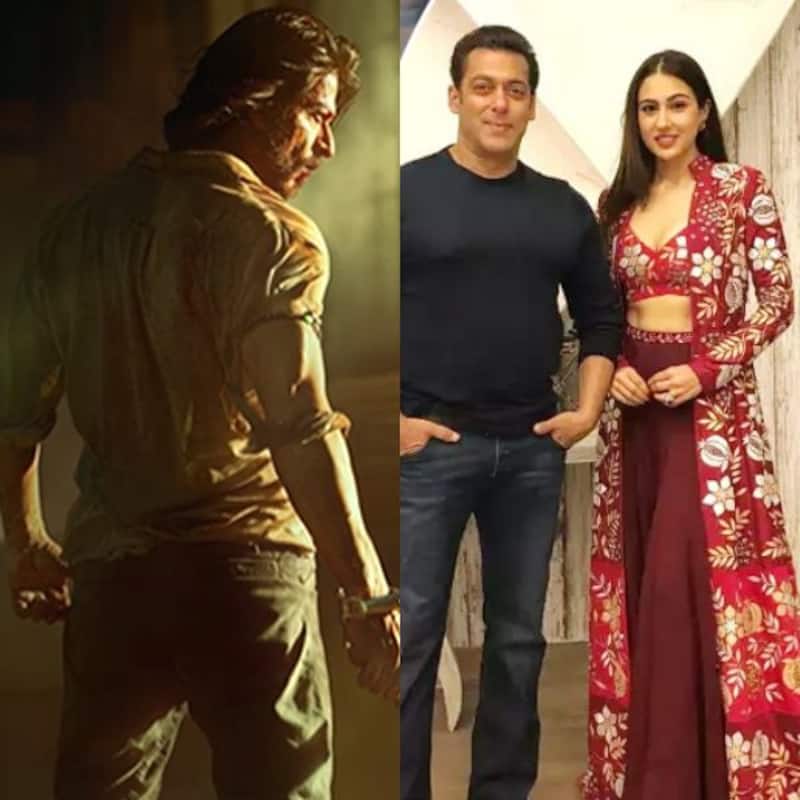 It was an eventful day. Bollywood celebs made a lot of noise for various reasons. Among the biggest talk topic of today was that of Shah Rukh Khan's upcoming film Pathaan. From Shah Rukh Khan unleashes his rugged avatar from Pathaan, Ranbir Kapoor reveals Alia Bhatt is not his FIRST wife, Varun Dhawan-Kiara Advani starrer opens with decent numbers, Sara Ali Khan calls Salman Khan 'uncle' and more. For full detailed updates of Bollywood stars, scroll on! Also Read - Salman Khan's ex-girlfriend Somy Ali calls him a 'woman beater': 'Not just me, but many'

Ranbir Kapoor reveals Alia Bhatt is not his FIRST wife

Shamshera actor Ranbir Kapoor in his interaction with Mashable got candid and made a shocking confession about Alia Bhatt. He said, " I would like to say crazy because that's a negative word. But yes, in my initial days when I used to stay with my parents in Krishna Raj Bungalow, there was a girl who got married to my gate, when I came back from town , my watchman told me that one girl has come who did the vermala. Put sindoor tikka and flowers on the gate and got married to him. He later laughed and said I am yet to meet my first wife." Read Also Read - Shehnaaz Gill opens up about her marriage plans and the quality she wants in her husband [Watch video]

Shah Rukh Khan shared his raw and rugged look from Pathaan on Instagram. He is seen posing in a shirt and jeans with a gun in his hand. Shah Rukh Khan is heard saying, 'Jaldi milte hai Pathaan se'. He captioned the post as, "30 yrs and not counting cos ur love & smiles have been infinite. Here’s to continuing with #Pathaan. Celebrate #Pathaan with #YRF50 on 25th January, 2023. Read Also Read - Katrina Kaif, Sushmita Sen, Kriti Sanon and more B-town divas who faced embarrassing OOPs moments in full public glare

Varun Dhawan-Kiara Advani starrer has failed to beat Kartik Aaryan's Bhool Bhulaiyaa 2. The first day box office collection has minted Rs 9.28 crore , while Bhool Bhulaiyaa 2 minted Rs 14.11 crore. As per the reports, JugJugg Jeeyo's first-day collections are half compared to other films that were released this year. Read

Rakul Preet Singh shared a hot dance video on the popular Pakistani song Pasoori. The De De Pyaar De actress is seen in a black outfit and is flaunting her curves and looked drop-dead gorgeous. Rakul Preet Singh captioned the post saying, "Feels for my current fav song and Thankyouuuu @dimplekotecha for being the best." Jackky dropped a lot of heart eyes, red hearts and fire emoticons. He also wrote, "can you teach me also," with a laughing emoticon. Read

At IIFA 2022, Sara Ali Khan and Salman Khan shared a stage. Sara Ali Khan came on stage and called Salman an uncle. She joked that she wants to set up some brands with Salman Khan 'uncle'. Salman took it sportingly and said that Sara has lost a film as she called him an uncle. He said Sara will not be his heroine anymore. Read