From Shah Rukh Khan CONFIRMS Salman Khan's cameo as RAW agent in Pathaan, JugJugg Jeeyo day 2 box office collection sees a decent jump, Varun Dhawan gets asked if he's facing any martial issues like Kukoo and more - here's looking at all the top updates from the world of showbiz that kept Bollywood stars in headlines. 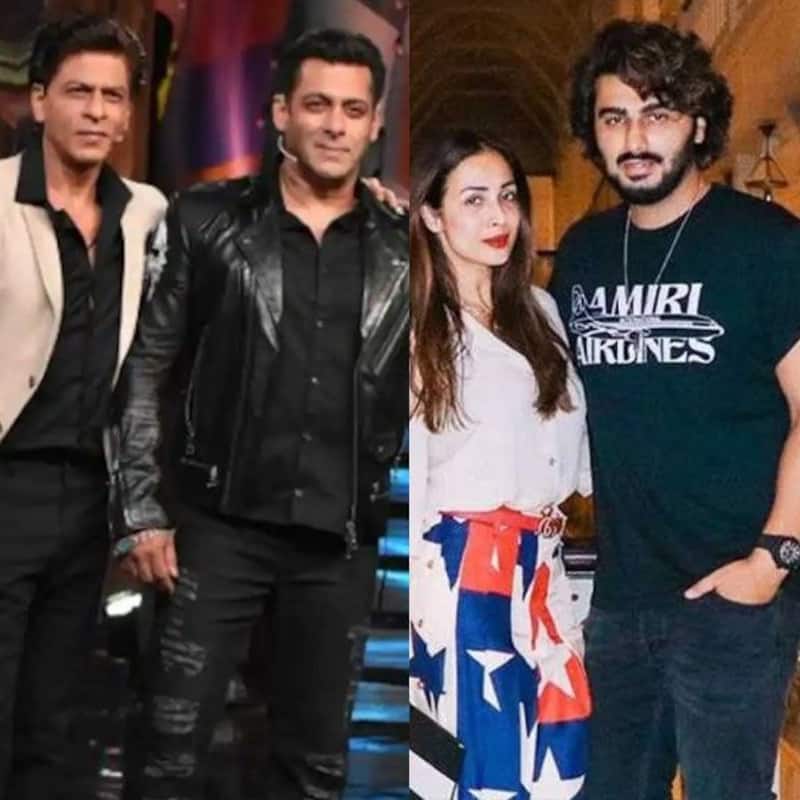 It was an eventful day. Bollywood celebs made a lot of noise for various reasons. Among the biggest talk topic of today was that of Shah Rukh Khan's upcoming film Pathaan. Shah Rukh Khan CONFIRMS Salman Khan's cameo as RAW agent in Pathaan, JugJugg Jeeyo day 2 box office collection sees a decent jump, Varun Dhawan gets asked if he's facing any martial issues like Kukoo and more - here's looking at all the top updates from the world of showbiz that kept Bollywood stars in headlines. For full detailed updates of Bollywood stars, scroll on! Also Read - Raksha Bandhan box office collection day 4: Akshay Kumar starrer ends 1st extended weekend on a very dull note; 3rd flop for the actor this year

Kiara Advani-Varun Dhawan's family entertainer manages to get more footfalls on the second day, registers a decent growth and eyes at a decent opening weekend. Varun Dhawan, Kiara Advani starrer JugJugg Jeeyo saw a jump of 35.24 per cent on day 2. After cashing in Rs 9.28 on day one JugJugg Jeeyo earned a business of Rs 12.55 crore on the second day of its release. The film's business now stands to be Rs 21.38 crore. Read Also Read - Brahmastra duo Alia Bhatt and Ranbir Kapoor return from babymoon; actress hides baby bump in black while RK impresses with his 'protective' nature [View Pics]

Shah Rukh Khan confirms that Salman Khan will have a cameo in Pathaan and that it is always nice to work with him. During the conversation, Shah Rukh Khan confirmed that Salman Khan will be seen as a raw agent in his film Pathaan. Further, talking about collaborating with him, the King Khan said, “With Salman Khan, there is no working experience. There’s always a love experience, happy experience, friendly experience, and brotherly experience. It’s amazing whenever I work with him. We haven’t really done a full-fledged film together, apart from one (Karan Arjun), which was also not full-fledged, to be honest. We were not together in the film for too long. So we get to work 4-5 days in a year sometimes in a film.” Read Also Read - Laal Singh Chaddha box office collection day 4: Aamir Khan-Kareena Kapoor Khan's film witnesses a slight jump in numbers; closes 1st weekend on a miserable note

Varun Dhawan conducted a QnA on Twitter wherein he was asked if he has any marital troubles like his character Kukoo in the film. A fan asked Varun on Twitter, "Are U Facing Any After Martial Problems Like Film Characters? Or You Are Not There Yet? #varunsays." Varun Dhawan replied to him saying, "Not at all I’m good #varunsays." Read

Ranbir Kapoor reveals the amount of his first pay check

Shamshera star Ranbir Kapoor in his candid conversation revealed the amount of his first paycheck and it is hard to believe him. The actor in his recent conversation with Mashable revealed that his first paycheck was rupees 250 that he revived as a clapping boy for his father Rishi Kapoor's film when he was a child and he put that money on his mom Neetu Kapoor's accepting that it was the filmiest thing he had done in his film. Read

Arjun Kapoor is currently holidaying in Paris with girlfriend Malaika Arora. The actress was seen feeding a piece of cake to Arjun and she shared a post as she wrote, "Make a wish my love (cake emoticon)...... may all ur wishes n dreams come true (heart and kiss emoticon) happy birthday Arjun Kapoor."