Happy Birthday, Malaika Arora: 6 times the gorgeous beauty clapped back at trolls with a mixture of class and sass

Actress, model, and fitness enthusiast Malaika Arora celebrates her birthday today. The gorgeous beauty clock 48! You read that right. However, she doesn't look like it, does she? Malla (as her friends fondly call her) is known for her sassy fashion choices. The diva is often spotted by the paps when she takes her little pooch out for a walk or steps out for her workout session. A couple of weeks ago, the diva was papped while she was going for her yoga class and the pictures of her 'weird walk' went viral. Within no time, netizens brutally trolled Malaika for the way she walked. The ultra-glamorous actress has been trolled for several reasons including her sexy outfit, her age difference with Arjun, and much more. Bollywood actress Malaika has always been a boss lady who has shut down the trolls like a pro. Here are times when the hottie shut down the trolls and we admire her for her sassiness. Also Read - What breakup? Bikini-clad Malaika Arora and Arjun Kapoor enjoy their 'we time' in the Maldives – view pics

The actress is currently dating B-town star, Arjun Kapoor. The duo manages to turn heads with their PDA pictures. Soon, after the two started dating, they were trolled for their age gap. Addressing the trolls Malaika said, 'An older man romancing a younger girl is hailed everywhere, but when the woman is older, she’s called ‘desperate’ and a ‘buddhi’. For people who think like this, I have just one line: Take a flying f***'. Also Read - Katrina Kaif, Sara Ali Khan, Shah Rukh Khan and 7 more Bollywood celebs flaunt their love bites – view pics

How Malaika broke notions around a 'divorced' women 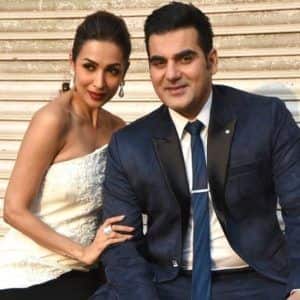 Earlier Malaika was married to Arbaaz Khan and due to personal differences, the two parted ways. Post her divorce, Malaika found her love in Arjun. In an interview, Malaika spoke her heart out about giving love another chance. She said post her breakup with Arbaaz she did not want to be in a relationship, but she is happy that she found love.

When Malaika gave it back to trolls in a subtle way

Malaika shared a gorgeous bikini photo of herself on her Instagram and captioned it as, 'Being happy is a choice.n I choose to be happy, also I think happiness looks good on me. So keep ur opinions n ur negativity to urself n spare me ur crap #notinterested#toobusybeinghappy#notimefornegativity #tuesdaythoughts #43nhappy'.

When Malaika showed off her stretch marks 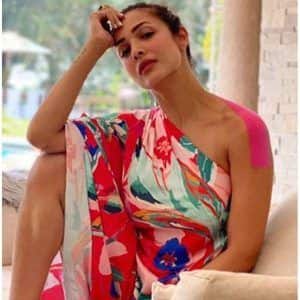 Malaika proved that she does not believe in beauty standards that are set by society. She shared a picture of her stretch marks with absolute confidence and captioned the post as, 'The other day I posted a picture in which a few of my stretch marks showed and people started commenting on how gross they are. What is gross about stretch marks? Whenever I see those on my body, I smile… they remind me of my beautiful baby boy. Childbirth changes the body. Why should I have to hide my stretch marks or feel ashamed or apologetic? They are my medals of motherhood!' 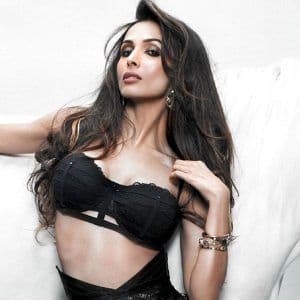 Malaika had posted a photo in which her underarm hair was visible and within no time she was trolled. She did not bother to delete the picture and keeps sharing her bold pictures.

When Malaika was called 'dark-skinned'

Malaika was referred to as a 'dark-skinned' girl, the actress appeared on the show No Filter Neha and said she began her career in the industry when the categorization of the 'fair skin' and 'dark skin' was prevalent and she overcame all to reach where she is today.