Kareena Kapoor Khan who would be next seen in Laal Singh Chaddha has been brutally trolled for her sans make-up look that she shared on her gram on the occasion of International Yoga Day. Fans are calling her aunty, grandma and whatnot.

Kareena Kapoor Khan had shared a picture on the occasion of International Yoga day for which the actress recently got trolled on social media. Seems like the trolls were sleeping all this while. Bebo turned 40 last year and recently had her second child. The actress still has her post-partum weight and is working her way towards achieving her fitness every day. But the trolls don't look at the positive side or don't have enough knowledge to know how the human body works. Seeing her sans makeup, people have called her aunty and trolled her saying that she's become old. Also Read - Irrfan Khan's Angrezi Medium co-star Radhika Madan REVEALS she was advised surgery to have a 'particular shape and size' during auditions

Kareena had posted a picture in midnight blue workout gear. She captioned the post saying, "For me, my yoga journey began in 2006 when I signed Tashan and Jab We Met... an incredible one... which kept me fit and strong. Now after two babies and four months postpartum... this time I was just exhausted and in too much pain to get back but today I’m slowly and steadily getting back at it. My yoga time is my me time... and of course, consistency is key... so, keep at it people. On that note, I'm going to #StretchLikeACat and hope you do too." Here's her post: Also Read - Bollywood men have money, not sure about brains – 7 times Kareena Kapoor had our hearts with her Poo-like sassiness

Now, have a dekko at the nasty comments on Kareena's post below: Also Read - Happy Father's Day: From Angrezi Medium's Champak Bansal to Piku's Bhashkor Banerjee: Meet the lovable dads of Bollywood 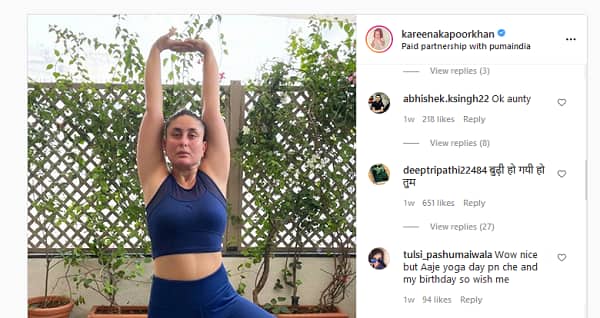 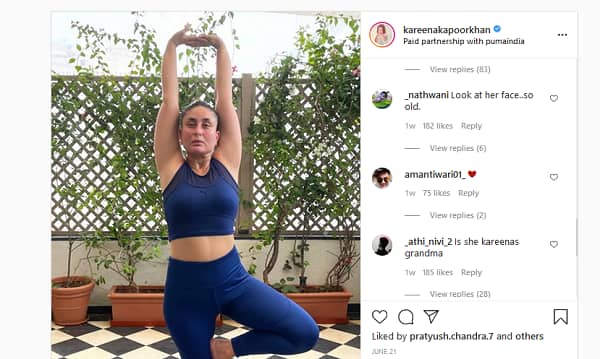 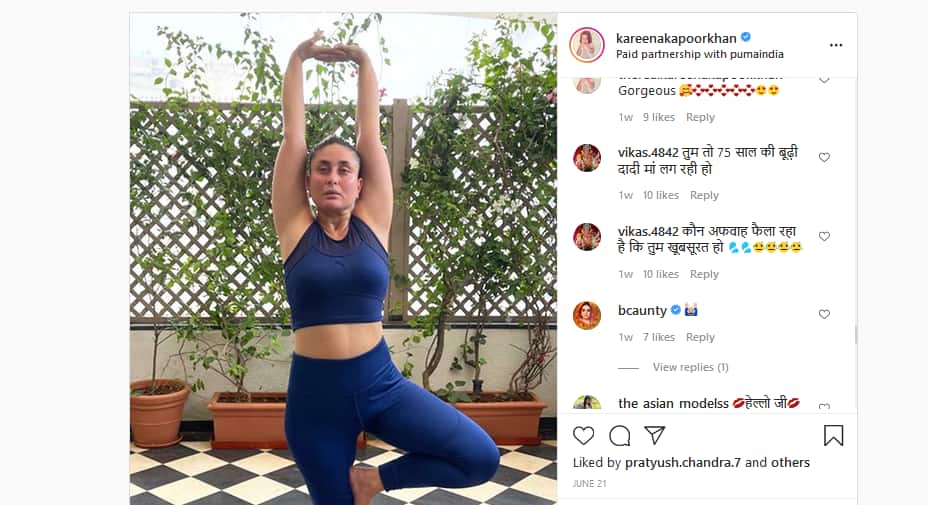 This is not the first time that Bebo is being trolled. She was also trolled for her no-make-up look before. However, she's least bothered by the same. In an interview with The Quint, Kareena had addressed the 'trolling'. She said, "I just feel that the lockdown and pandemic have caused a lot of chaos in people’s minds and we have a lot of time on our hands. So people are just over-discussing, over-analysing, over-trolling things. Everyone is all over the place. Everyone is sitting at home, lot of people are without jobs. One shouldn’t even look at it as trolling. I guess everybody is just bored and wants to say something."

Give her a break.