Navya Naveli has a heartwarming wish for her nani aka Jaya Bachchan on her birthday and her mama aka Abhishek Bachchan on the release of his film, The Big Bull on the OTT platform. Watch Navya Naveli Nanda's posts here:

Navya Naveli Nanda is one gorgeous young belle. She is very close to her family and keeps sharing pictures and videos on her social media handle on special occasions. Such as Abhishek Bachchan's The Big Bull released on the OTT platform yesterday and today happens to her 'nani' (grandmom) Jaya Bachchan's birthday. The young businesswoman who co-founded Aara health has been heaping praises on her 'mama' Abhishek Bachchan for his stint in The Big Bull which is based on the story of Harshad Mehta. She shared the picture poster of The Big Bull on her Instagram stories and wrote, "Yay out today," and also added, "The one and only Big Bull @bachchan." She further shared a video clip from the film featuring Abhishek Bachchan and wrote, "Yaaaassss," along with firecracker emojis. Have a dekko at her pictures here: Also Read - Abhishek Bachchan surprises Aishwarya Rai Bachchan on Karwa Chauth; Amitabh Bachchan pens a heartfelt note 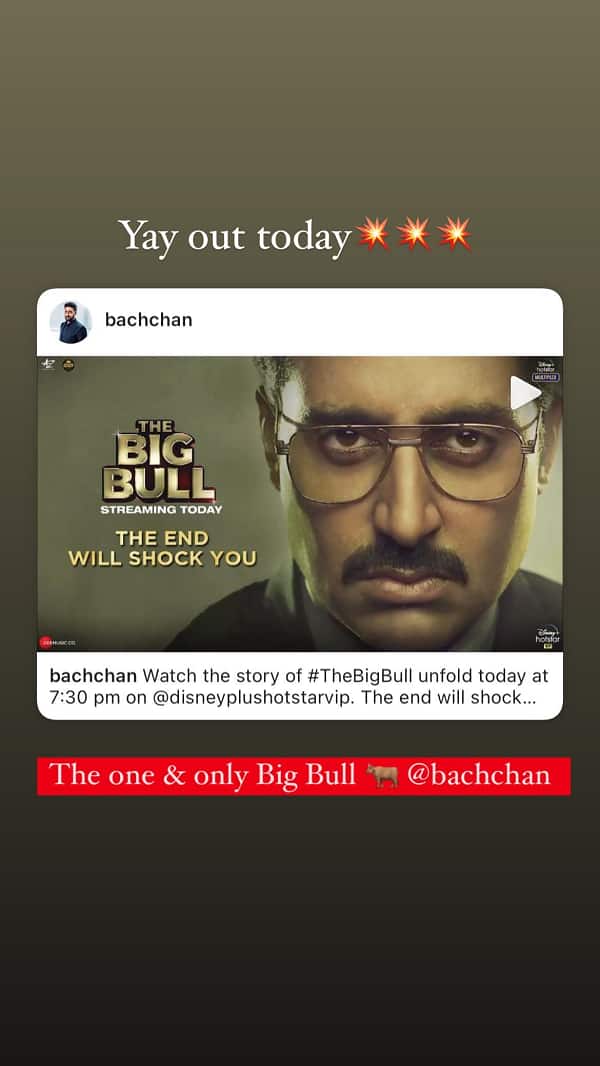 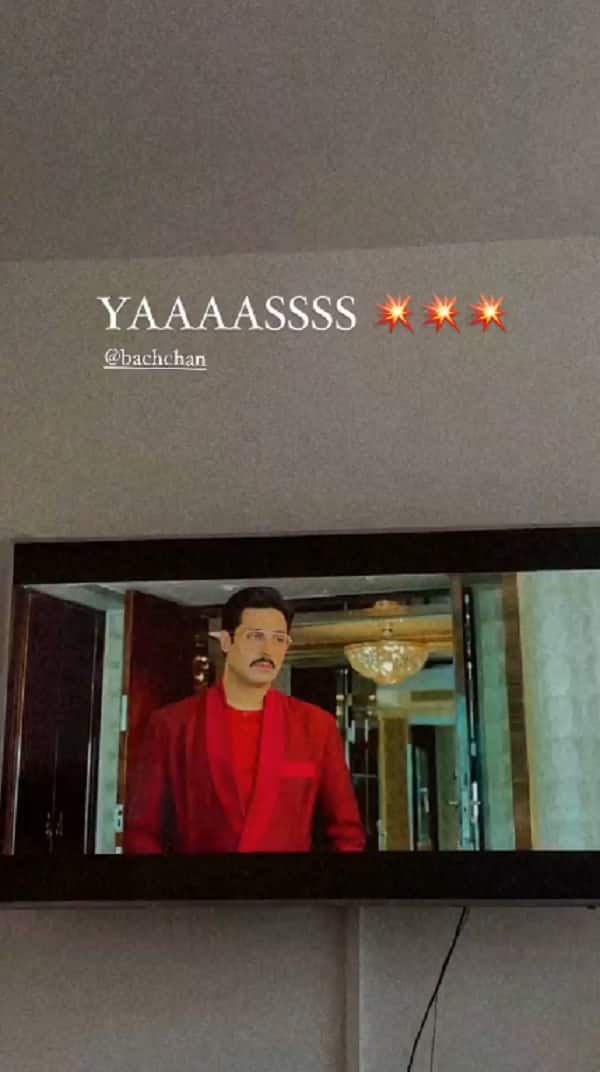 Also Read - Aishwarya Rai Bachchan, daughter Aaradhya dancing to Ghoomar in throwback video will charge you up on a dull Monday - watch here

And as today happens to be Jaya Bachchan, Navya Naveli's grandmother's birthday, the doting granddaughter took to her social media handle and shared a few throwback pictures of the Abhimaan actress to wish her on her special day. The first image seems to be a poster of Jaya Bachchan from her earlier days and the second is a movie still from the veteran actress's film. She captioned the image saying, "Nani I love you. Happy Birthday!" Have a dekko at Navya Nanda's post on social media here:

Earlier, Jaya Bachchan had opened up on how Navya is all ready to take over her mother. The actress had said that both her kids are friends with their kids. She said, "This generation are friends with their children, but I am also always surprised with the liberties they accord them." The actress had opened up on how Navya is very bindaas in an interview with Vogue, saying, "She's always been an easy child. She has an opinion, but if you say something to her she never takes offense." She had added that Navya is all ready to take charge now while discussing their dynamics, saying, "We're all cool women, we're really comfortable with each other. Shweta is always in charge, but Navya will take over soon."