OMG! Youtuber Puneet Kaur accuses Raj Kundra of trying to 'lure' her into working for the app, shares proof

Puneet Kaur, a Youtuber has accused Raj Kundra of trying to lure her into working for the application. She has alleged that he had directly messaged her once.

Shilpa Shetty's husband, Raj Kundra who was arrested on Monday night has been accused by a Youtuber of trying to 'lure' her into working for an application called Hotshots. The Youtuber, Puneet Kaur is an NRI and an aspiring doctor. She took to her Instagram stories and expressed her shock upon learning Raj Kundra's arrest and the case details. It was then that she revealed that Raj had reached out to her through DMs. She said, "Brooo do you OGS remember our verified DM video where he reached out to me for hotshots!?!? Im deaaad." Also Read - As Gia Manek begins shooting for Tera Mera Saath Rahe, here's a dekko at the times when she dished out ethnic outfit goals – view pics

In another Instagram story, Puneet Kaur wrote, "I can’t even WTF this mans was really luring people -we literally thought it was spam when he sent that DM to me!? Jesus Christ man rot in jail." Thereafter, she shared a video in which she is seen with two other guys talking about Hotshots. One of her friends thought that the account was hacked and said, "This man has had a midlife crisis, probably, messing with girls to go to Hotshot.com to do something strange, I don't know." They looked up for the site on Google and believed that Raj's DM would be hacked. "I think his account got hacked," Puneet's other friend added. Her other friend quipped in saying, "That would be giving him the benefit of the doubt." Have a dekko at the snap shots of Puneet's Instagram stories here: Also Read - Priyanka Chopra, Sunny Leone, Vidya Balan and more – 10 highly controversial photoshoots of Bollywood celebs that will leave you stunned 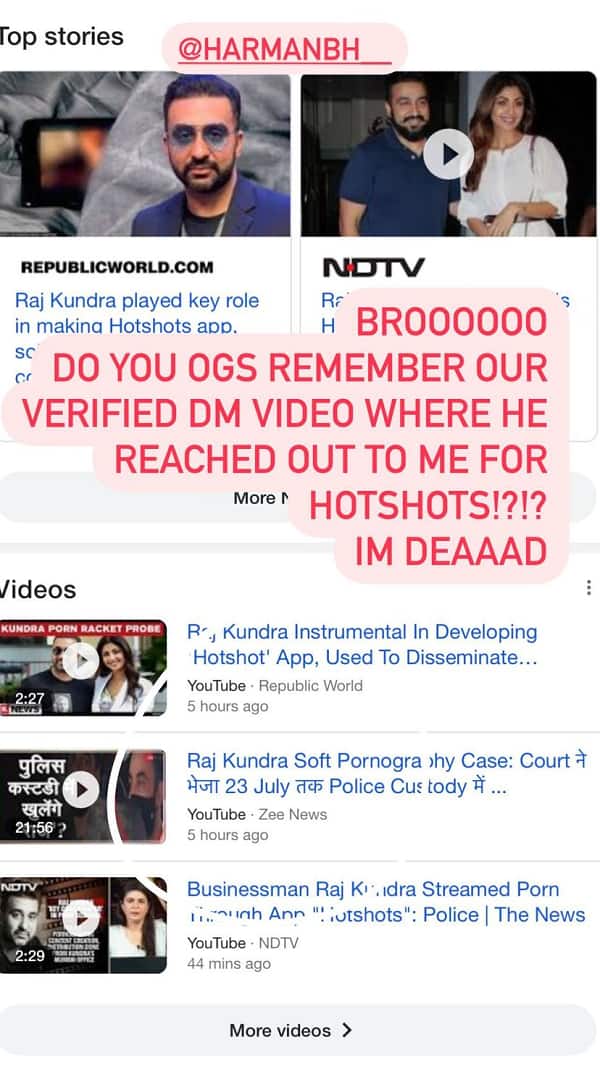 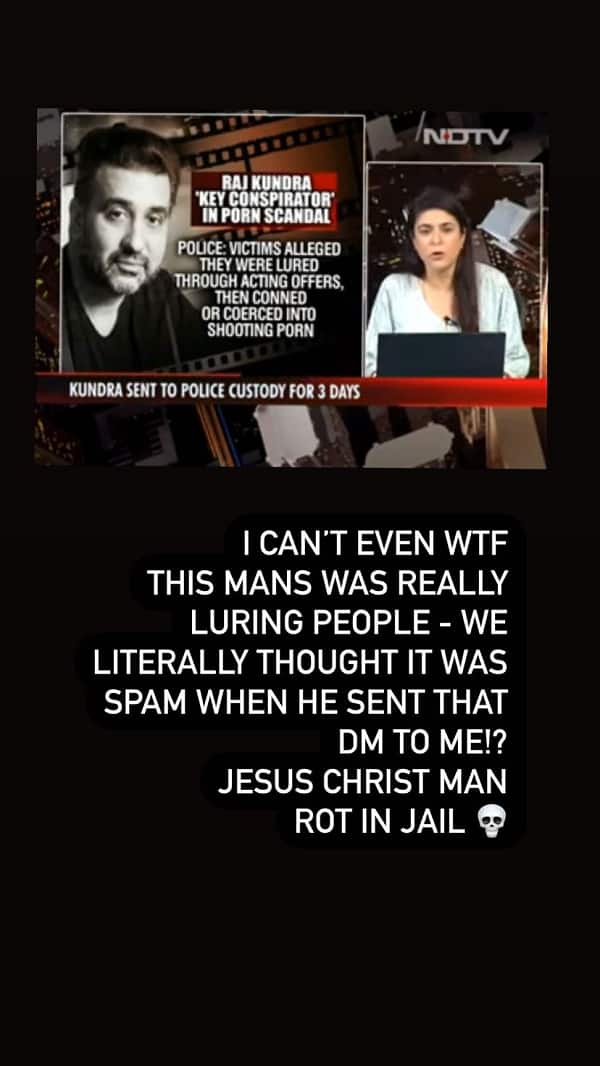 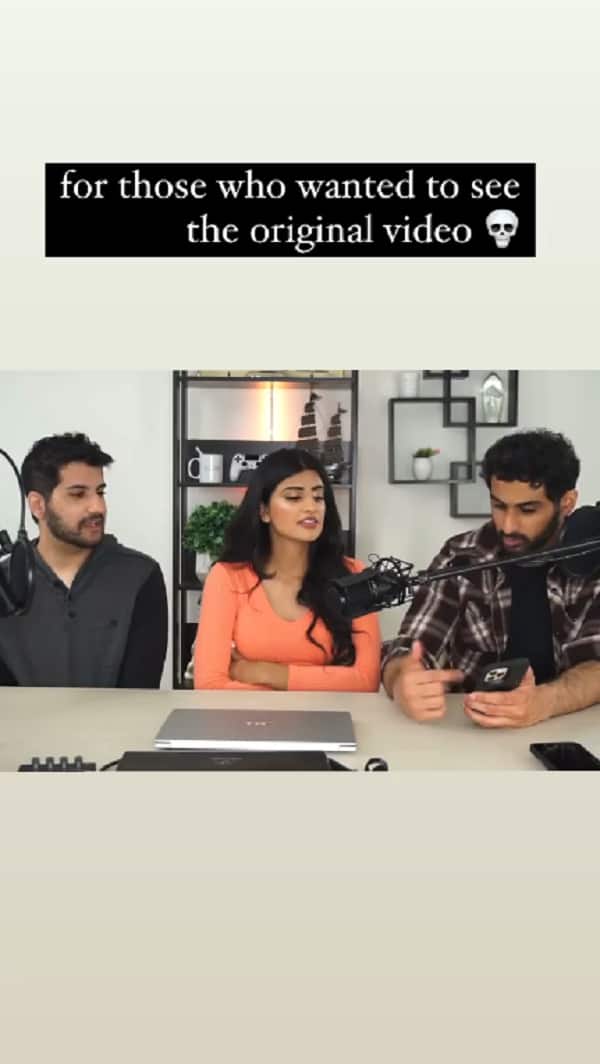 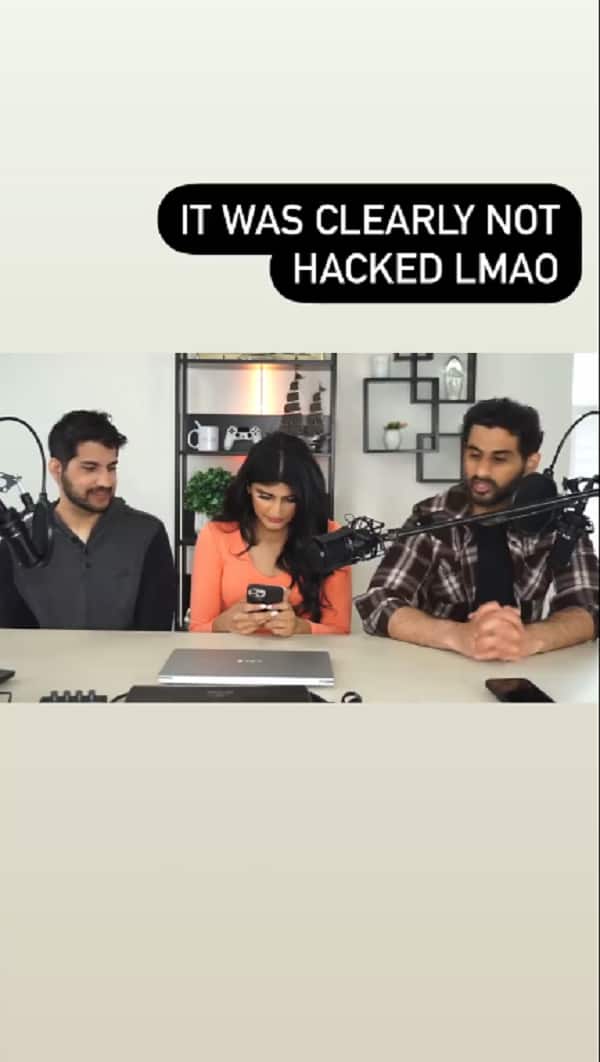 Raj Kundra has reportedly been booked under the IPC sections of 420 (cheating), 34 (common intention), 292 and 293 (related to obscene and indecent advertisements and displays) and also relevant sections of the IT Act and the Indecent Representation of Women (Prohibition) Act.

Raj Kundra has been taken into custody after his court hearing on Tuesday. He and Ryan Tharp who was nabbed by the police from Nerul has been sent to judicial custody till 23rd July 2021.