The Bajrangi Bhaijaan actor took to his social media handle to wish the Crown Prince of Dubai, Sheikh Hamdan on the birth of his twins. However, some Salman Khan fans are eager to meet the Tiger Zinda Hai actor's babies.

Salman Khan is the eternal bachelor of the Bollywood industry. He has stayed away from marriage after having a string of heartbreak. Though he is linked to various actress even now, the Tiger Zinda Hai actor has maintained a stoic silence about his dating life or wedding plans. Now, Salman Khan shared a congratulatory post for the Crown Prince of Dubai, Sheikh Hamdan, who recently became a father to two twins. Sharing the picture of the prince with his twins. He captioned the post saying, "Congratulations sheikh hamdan on your new born twins. Wish them all the love health happiness and respect. Have a dekko at his post here: Also Read - Yami Gautam defines new sister goals with the love she showers on younger sis, Surilie, in her new mehndi video

As soon as the Bajarangi Bhaijaan actor shared the post, wishes started pouring in for the prince. However, there were some Salman Khan fans who want to see him married have been dropping comments asking him as to when will they get to see his kids. A lot of Salman Khan fans asked, "Bhai tumhare kab honge?," and "Aapke kab aayenge Bhai?" Have a dekko at the comments below: Also Read - Jennifer Winget, Shaheer Sheikh, Surbhi Chandna and more – meet the TV Instagrammers of the week 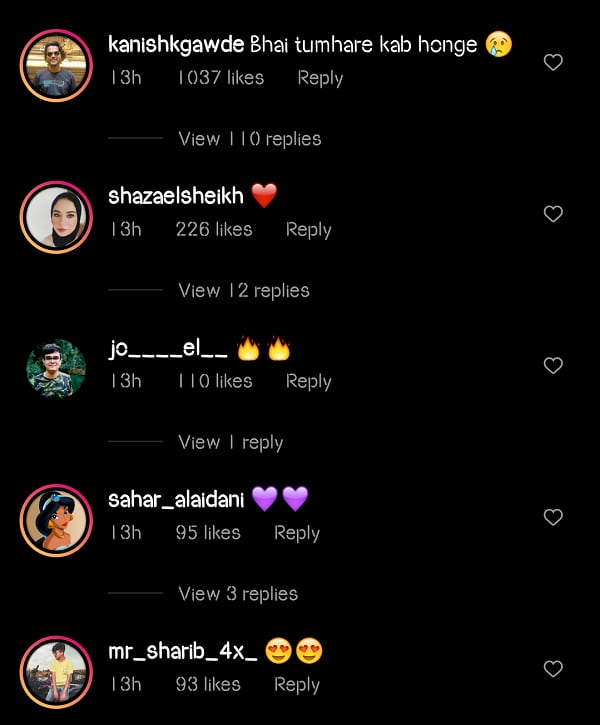 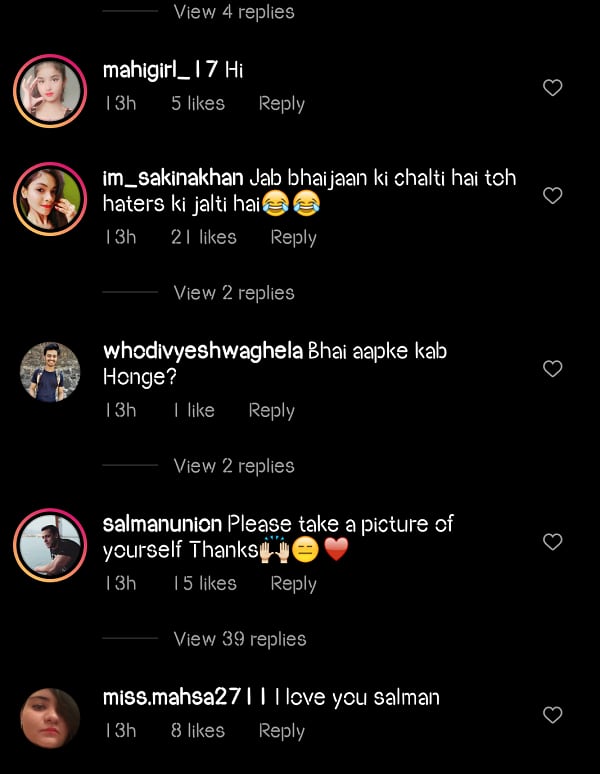 Uff, what comments, what do you have to say about the same? Let us know by tweeting @bollywood_life.

Meanwhile, on the work front, Salman Khan’s Radhe Your Most Wanted Bhai released on ZEE5, Zee Plex alongside a minimal theatrical release. Radhe is directedby Prabhu Dheva and also stars Disha Patani, Jackie Shroff, Randeep Hooda, Gautam Gulati to name a few. The film has been well received by masses across the platforms, calling it yet another masala entertainer by Salman Khan.

On the other hand, Salman Khan has a lot of projects in the pipeline. He has Tiger 3 in which he may return alongside Katrina Kaif. They were last seen in Bharat together which released in 2019. He has Antim The Final Truth alongside Aayush Sharma. He reportedly has cameo appearances in Shah Rukh Khan and Deepika Padukone starrer Pathan and Aamir Khan and Kareena Kapoor Khan starrer Laal Singh Chaddha.