Shah Rukh Khan's Sunday dinner date with Kareena Kapoor Khan, Karan Johar and others was as starry as it can get – view pic

Last night Shah Rukh Khan and Gauri Khan had a merry get-together with Kareena Kapoor Khan, Malaika Arora, Karisma Kapoor, Karan Johar, Amrita Arora and others. It was a starry night full of food, love and laughter. It seems that Sunday dinner parties are back again and we ain't complaining. We bet Shah Rukh Khan's fans are pretty happy on seeing their idol. Karisma Kapoor took to her social media handle to share the group picture from the reunion and fans cannot stop looking at them. The picture also includes their friends Natasha Poonawala, Aadar Poonawala and Kaajal Anand. Karisma captioned the post saying, "A perfect Sunday evening." Check out the post below: Also Read - Malaika Arora steps out with her stylish girl gang Karisma Kapoor and Amruta Arora for a pre-birthday celebration - view HQ pics

Karan Johar shared the picture in his Instagram stories and captioned it saying, "This s Us!" Amrita Arora, on the other hand, shared a selfie with the girl gang, Natasha, Kareena and Karisma and captioned the post saying, "Mine!" Manish Malhotra called it "The Perfect Sunday Night". Have a dekko at Karan and Amrita's Instagram stories here: Also Read - Kareena Kapoor Khan engages in some cutesy PDA with her bestie Amrita outside the gym - view HQ pics 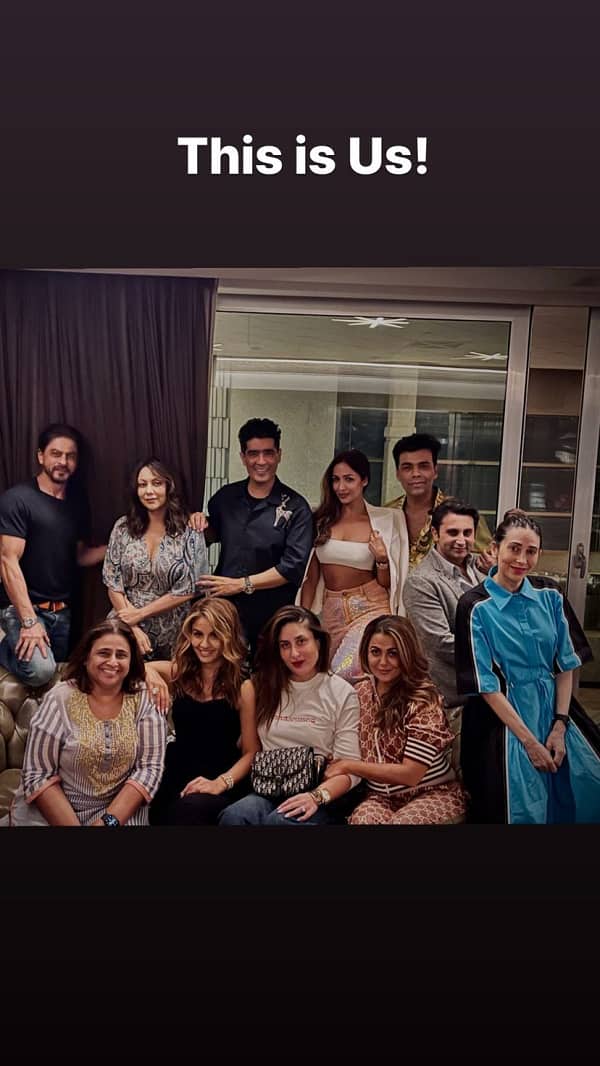 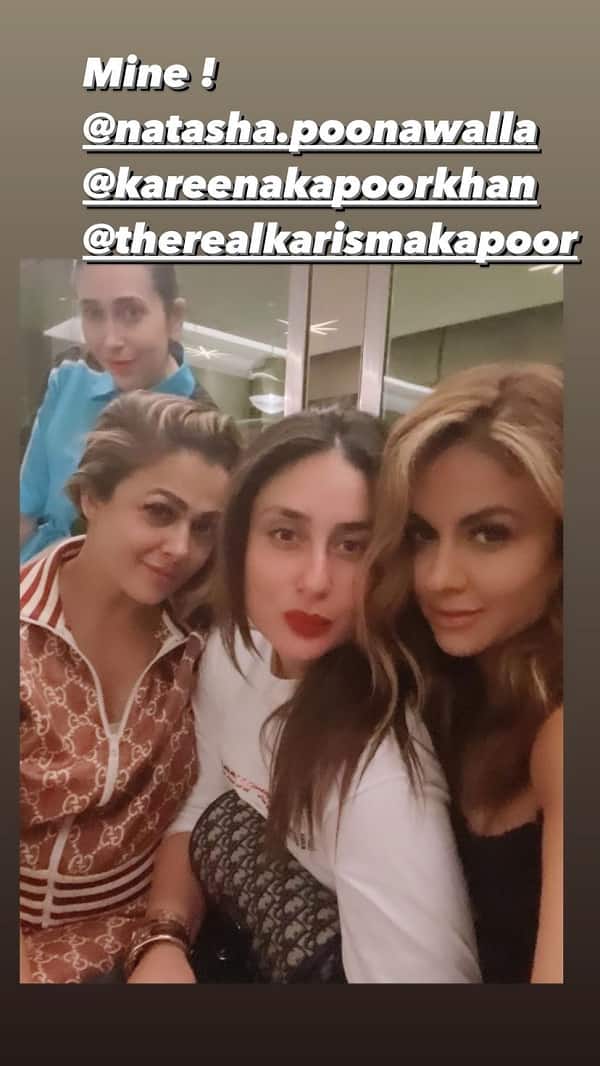 On the work front, Shah Rukh Khan would be next seen in Siddharth Anand's Pathan which also stars Deepika Padukone in the lead. Just a couple of days ago, SRK's car was spotted outside YRF's office. It was reported that Srk has resumed shoot for his next. Fans are eagerly waiting for Pathan. It is also rumoured that Salman Khan would make a special appearance in the film. Official confirmation about the same is awaited.

What do you have to say about this merry reunion?