You've gotta check out Ajay Devgn's latest look that is going viral on social media. The actor has had a makeover for his next, Thank God. Have a dekko at the picture below:

Ajay Devgn's new look for his next film is going viral on social media. If you haven't seen it already we are here to show you guys, don't worry. The actor was seen celebrating his trainer's birthday and the pictures and video from the same have become the talk of the town. Ajay Devgn is seen in a cropped hairdo with salt-n-pepper sideburns and a heavy beard. Ajay's trainer Gautam shared the images on his gram. He thanked the De De Pyaar De actor for being a part of his birthday celebrations. He captioned the post saying, "Celebrated my best day with Boss… Today whatever I am because of You boss..thanks boss for making My Birthday special." Check out the post and pictures below: Also Read - Say What! THIS Telugu biggie to take on Jr NTR-Ram Charan's RRR at the box office? Here's what we know 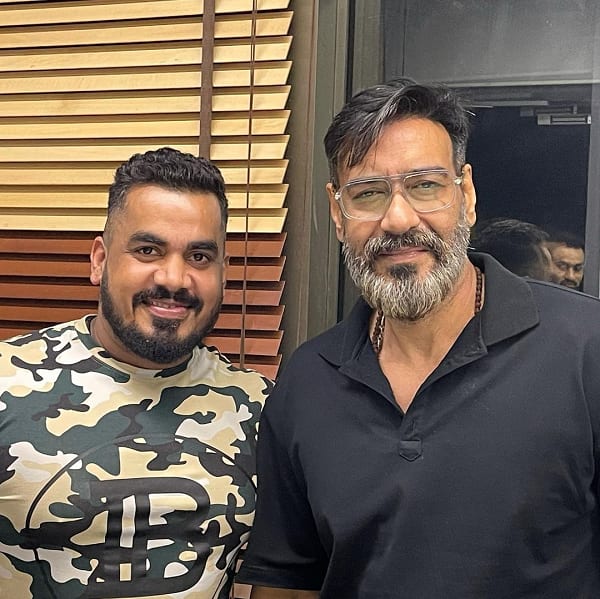 He will also be seen in an extended cameo with Akshay Kumar and Ranveer Singh in Sooryavanshi. The actor has another cameo in Alia Bhatt starrer Gangubai Kathiawadi. He is also making his Telugu debut with an extended cameo in SS Rajamouli's RRR. The actor next has a sport biographical drama film, Maidaan based on Coach Syed Abdul Rahim. He also has May Day with Amitabh Bachchan and Rakul again.