Recently, a picture of mommy-to-be Alia Bhatt went viral on the social media wherein she was seen smartly hiding her baby bump as she posed with filmmaker Karan Johar. 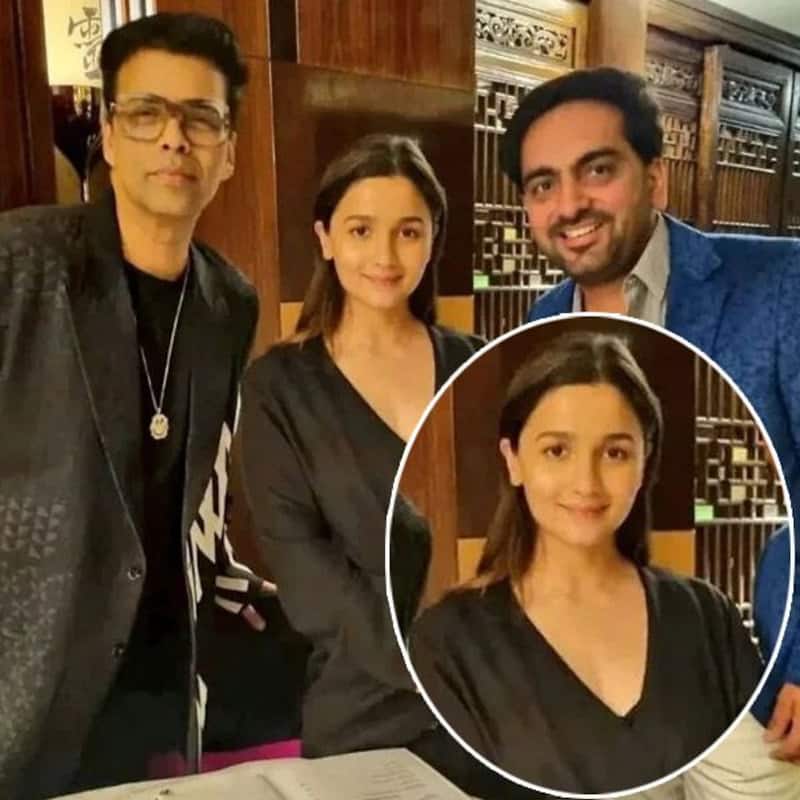 Brahmastra actress Alia Bhatt who recently announced her pregnancy is currently in London shooting for her Hollywood debut, Heart Of Stone. Alia and her sister Shaheen Bhatt meet their aunt-in-law Rima Jain and her family for a dinner. Filmmaker Karan Johar was also part of the fam dinner at a restaurant. Well, an unseen picture of mommy-to-be Alia went viral on the social media herein she was seen posing with Karan in London. Also Read - Anurag Kashyap reveals the SHOCKING reason why Ranveer Singh was replaced by Ranbir Kapoor in Bombay Velvet

Have a look at the picture - Also Read - Koffee With Karan 7: Vicky Kaushal reveals VENTING after The Immortal Ashwatthama got shelved; says, 'I called my trainer and...' 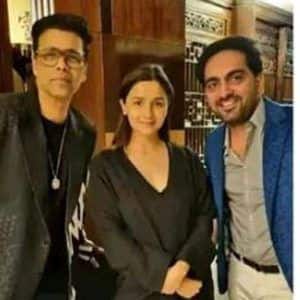 In the picture, Alia wore a black outfit and flaunted her no-make-up look. The actress was smartly seen hiding her baby bump. Alia posed with Karan and the two looked lovely. In the other pictures, Alia was seen sitting with Shaheen, Rima, and others while they were enjoying their family get-together.

Recently, Alia and Ranveer's picture from London went viral and it seems as the two are shooting for a sequence for their upcoming film Rocky Aur Rani Ki Prem Kahani. Karan shared the picture on his Instagram and captioned the picture, "I found Rocky and Rani!" Alia also met Kareena Kapoor and Saif Ali Khan in London.

Alia recently shared a picture from her ultrasound and announced her pregnancy on Instagram. Alia and her husband Ranbir Kapoor are expecting their first child and fans are going gaga over the good news. She wrote, “Overwhelmed with all the love. I have tried to read everyone's messages and good wishes and all I want to say is, it truly feels so special to celebrate such a big moment of our lives with all the love and blessings. Thank you to every single one of you."

On the work front, Alia and Ranbir will be seen in Ayan Mukerji's Brahmastra film. Alia also has Jee Le Zaraa, Rocky Aur Rani Ki Prem Kahani, Heart Of Stone, and more films in her kitty.