Ranbir Kapoor and Alia Bhatt's Brahmastra left everyone in aww with its beauty. Fans compare the fantasy-drama with Lord of the Rings; call it 'magical'. 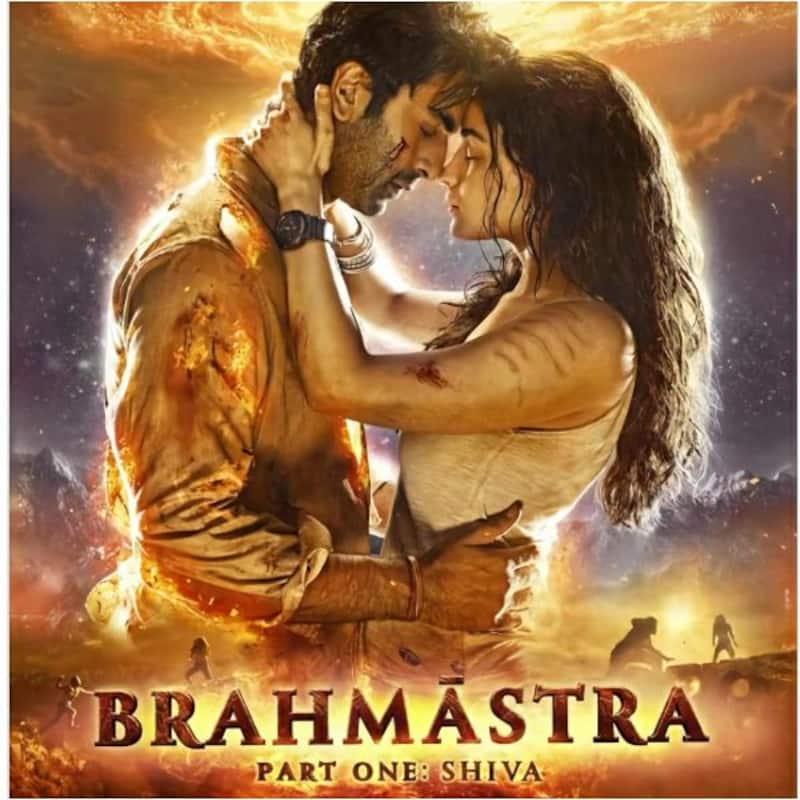 Brahmastra is one of the most anticipated films of 2022 and everyone is eagerly waiting for the fantasy drama to release on the big screens. Ayan Mukerji's directorial film stars Ranbir Kapoor, Alia Bhatt, Amitabh Bachchan, Mouni Roy, Nagarjuna, and others in main roles. The budget for making this film is reportedly Rs. 200 crores. The first trailer of Brahmastra was released and fans went gaga over it. Also Read - Koffee with Karan 7: Ranveer Singh takes a dig at Alia Bhatt after she makes a blunder when asked about her marriage with Ranbir Kapoor

The trailer narrates the story of Astraverse and fans were left stunned by its making. From CGI to visual effects the trailer has a lot to offer to its fans. The trailer showed 3 main elements including water, fire, and air. Fans flooded the social media as they could not stop comparing the film with the Hollywood film Lord of the Rings. They even said that Brahmastra is the 'peak' of Indian cinema. Also Read - Koffee With Karan 7: Alia Bhatt shares deets about her 'suhagraat' with Ranbir Kapoor on Karan Johar's chat show [Watch Video]

One user wrote, 'GOOSEBUMPS.. EMOTIONAL... CRAZYY... This is not Marvel or LOTR... this is INDIAN CINEMA at it's peak... and thank god the vfx are on point... THIS TRAILER IS TRULY MAGICAL', while another one said, 'BRAHMASTRA TRAILER IS INSANEEEEEEE? BOLLYWOOD IS BACK!! RANBIR IS A SUPERSTAR!!' Another user commented saying, 'Brahmastra trailer is what every Bollywood fan wanted from the industry. EPIC is the word. E.P.I.C'. Also Read - Brahmastra: Alia Bhatt and Ranbir Kapoor will not promote the Ayan Mukerji film together; Here's why [Exclusive]

GOOSEBUMPS.. EMOTIONAL... CRAZYY... This is not Marvel or LOTR... this is INDIAN CINEMA at it's peak... and thank god the vfx are on point... THIS TRAILER IS TRULY MAGICAL #Brahmastra #BrahmastraTrailer #RanbirKapoor #AliaBhatt pic.twitter.com/mDVZ9OJhAD

I was waiting for a very long time and the wait was worth it. #BrahmastraTrailer looks so promising. Epic visuals, locations, Characters, and action scenes. I am glad we have Creatives like Ayan mukerjee who strive to break boundaries and create something incomparable.

I'M CLAPPING WITH TEARS. CAN WATCH #BrahmāstraTrailer FOREVER. SNATCHED MY HEART AND HOW! OUT OF THIS WORLD. SO PROUD OF MY BABIES ?

Super excited for this movie and it is made for the theatre experience!
Well done Ayan Mukerji and team! ??#BrahmastraTrailer #RanbirKapoor #AliaBhatt pic.twitter.com/WiDtIpysEn

Ranbir Kapoor and Alia Bhatt's film Brahmastra will release on September 9 and the movie took almost five years to complete.