Cannes 2022: Aishwarya Rai Bachchan looks like a Disney princess at the red carpet in an extravagant black floral gown

Aishwarya Rai Bachchan walked down the red carpet at the Cannes 2022 in a black gown that had flower work from top to bottom. 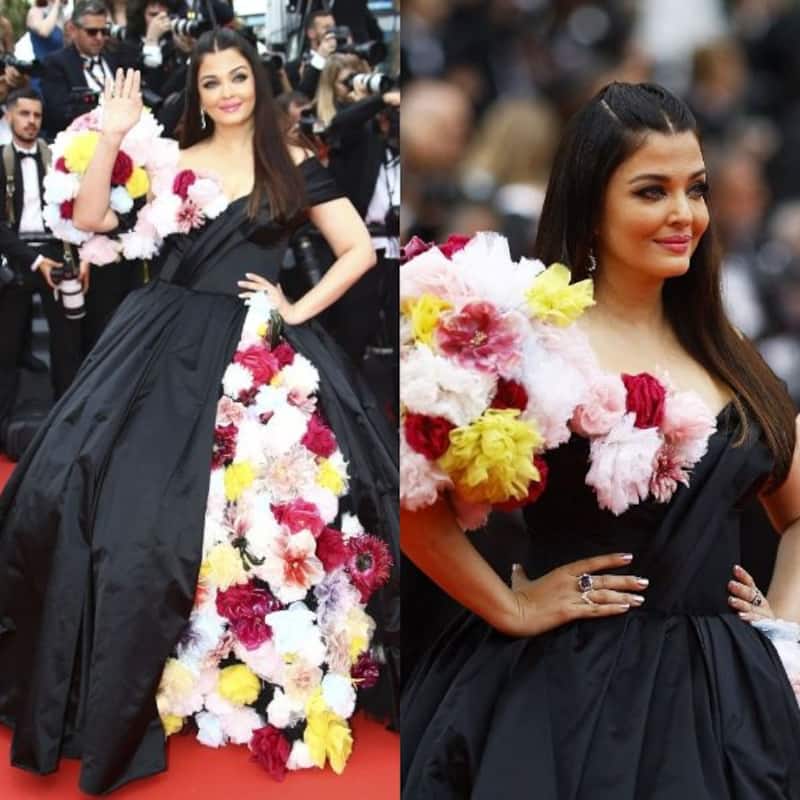 Bollywood actress Aishwarya Rai Bachchan made her red carpet debut at the 75th Cannes Film Festival 2022. The diva walked down the red carpet for Tom Cruise-starrer Top Gun: Maverick in the beautiful long black gown. The pictures and videos from the red carpet are all over social media and fans are going gaga over the stunning snaps. Also Read - From Ankita Lokhande-Vicky Jain to Alia Bhatt-Ranbir Kapoor: 5 married couples who are bold and hopelessly romantic [View Pics]

In the pictures, Aishwarya made her way to the red carpet in a black gown that had flower work from top to bottom. She happily posed for the pictures and waved to her fans. Also Read - Shah Rukh Khan STEALS the thunder with his cameo in R Madhavan's Rocketry: The Nambi Effect claim fans

Take a look at her pictures - Also Read - Rashtra Kavach Om writer feels South movies have illogical action; says, 'If Shah Rukh Khan had done KGF instead of Yash, audience would have...'

On Wednesday, Aishwarys's first look from the festival was out wherein she donned a pink pantsuit paired with a pink jacket and pink heels. She posed for pictures with Eva Longoria as the L'Oreal brand ambassador.

On Tuesday, Aishwarya was spotted arriving at the Cannes with her husband Abhishek Bachchan and daughter Aaradhya Bachchan. The diva looked gorgeous in an all-black airport look and posed for the paps. Aishwarya made her Cannes debut in 2002 and walked the red carpet with Shah Rukh Khan. Over the years, Aishwarya became the most notable Indian celeb at the Cannes Film Festival. Apart from Aishwarya, several Bollywood celebs walked down the red carpet including Nawazuddin Siddiqui, R Madhavan, Pooja Hegde, Tamannaah, Urvashi Rautela, and composer AR Rahman. Deepika Padukone is a member of the Cannes jury this year and made Indians proud with her comment.

On the work front, Aishwarya will be seen next in Mani Ratnam's upcoming Tamil film Ponniyin Selvan. The historical drama will star Jayam Ravi, Chiyaan Vikram, and Keerthy Suresh in main roles. The film will release on September 30.