Dhaakad actress Kangana Ranaut reveals she does not follow Gandhigiri; calls herself a violent person

Kangana Ranaut recently described herself as a 'violent' person. In an interview with India.com, Dhaakad actress said that she does not follow Gandhigiri ideology; here's why! 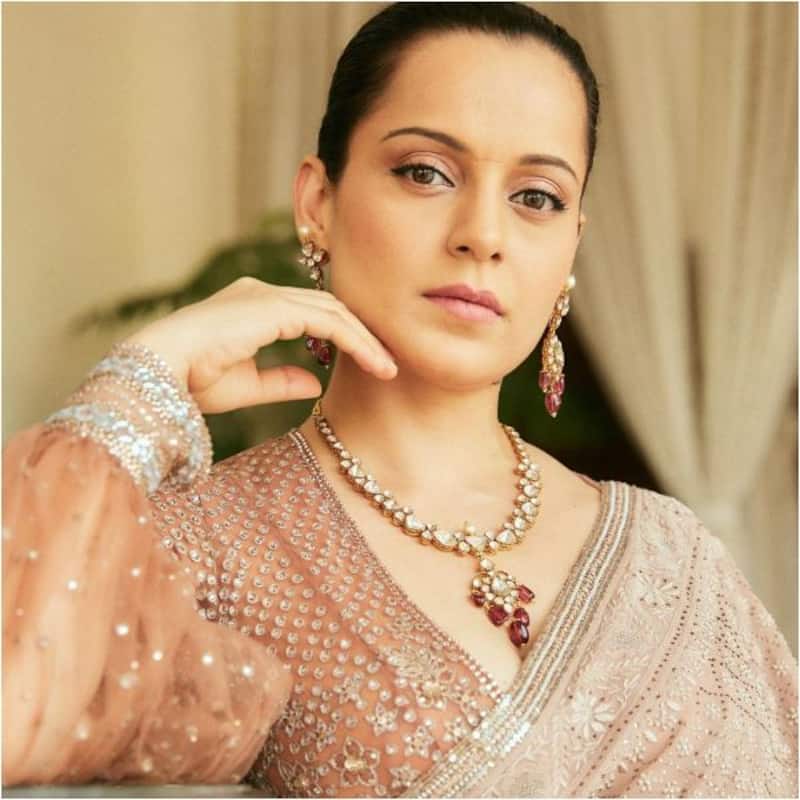 Actress Kangana Ranaut will soon be seen in Razneesh Ghai's upcoming film Dhaakad. In the film, Kangana will essay the role of Agent Agni who is a fearless woman who would do anything for her duty to her country. Recently, in an interview with India.com, the gorgeous actress spoke her heart out about the issues that concern the nation. Kangana revealed that she is a violent person. Yes, you read that right! The actress “I am a violent person by nature. I am not joking. Some people are violent by nature and such people go on to become IPS or choose the defence forces. There are people jo ek gaal par thappad kha ke dusre gaal par khane ki ideology follow karte hain aur kuch hote hain jo tum mujhe khoon do main tumhe azaadi duga… waise vali ideology follow karte hain. Hum khoon dene valon me se hain. Meri ideology waisi hi hai, meri taseer bhi waisi hi hai.” Also Read - Koffee with Karan 7: Shah Rukh Khan, Salman Khan, Kangana Ranaut and more celebs who haven't confirmed but whom we'd love to see on Karan Johar's show

Kangana further said that she loved the idea of director Razneesh that she was being the first Indian female superstar to be fronting an action entertainer on the big screens. She even said that she does not follow Gandhigiri ideology of non-violence and would stand strong on the issues that bother her. Also Read - Ranveer Singh-Deepika Padukone, Aamir Khan-Karisma Kapoor and more Bollywood stars who shared the hottest lip-lock scenes [View Pics]

Kangana even spoke about her Agent Agni character and said that one of the reasons why she agreed to do the film was that the character was violent. “I am fiery. I think fiery. So when I got this character, I could relate. I felt good. I was like ‘Karte Hain Kuch toda fodi’ (let’s do some destruction). The kind of action that I have done in this film has never been attempted by any man on-screen, let alone a woman,” said Kangana. Also Read - What to watch on OTT this weekend: Samrat Prithviraj, Dhaakad, Stranger Things 4 Vol. 2 and more movies and web series you can binge-watch

Recently, the Central Board of Film Certification (CBFC) has given 'A' certificate to Dhaakad. The trailer of the film has left everypne stunned for thr movie to release on this weekend. Trade analyst Taran Adarsh took to Twitter and wrote, “‘DHAAKAD’ RUN TIME… #Dhaakad certified ‘A’ by #CBFC on 17 May 2022. Duration: 131:34 min:sec [2 hours, 11 minutes, 34 seconds]".

Apart from Kangana, Dhaakad stars Arjun Rampal and Divya Dutta in pivotal roles. The Razneesh Ghai directorial will release on May 20.