Flight movie review: Mohit Chadda’s nail-biting action thriller will keep you on the edge of your seat

Flight is a gripping thriller that will take you on an unpredictable journey with numerous twists and turns that will leave you surprised.

At a time when Bollywood biggies are shying away from releasing their films in theatres, Flight, an action extravaganza is all set to unfold on the big screen on April 2. Starring debutante Mohit Chadda and directed by Suraj Joshi, Flight boasts of an intriguing story with major twists and turns and visual spectacle that will blow your mind. But does it have what it takes to bring audience to the theatres? Does Flight deserve to be your long weekend watch? Scroll down for the full Flight movie review to know. Also Read - Flight: Mohit Chadda and Pavan Malhotra starrer now streaming on BookMyShow, here's how you can watch the nail-biting action thriller

What's it about Also Read - Ramprasad Ki Tehrvi, Nail Polish, Flight and more: Check out the highest-rated Bollywood movies of 2021 on IMDB 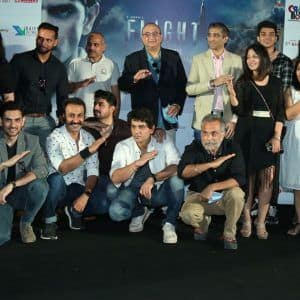 Ranveer Malhotra (Mohit Chadda) is your typical filmy guy who has been bitten by the Bollywood bug. So much so, that he often uses famous dialogues from iconic films in the style of the characters. Flight opens with Ranveer’s struggle to acquire a black box (flight recorder) that was placed in the now-crashed aircraft, in which several people have lost their life. The flight belongs to Ranveer’s company and hence obtaining the black box is crucial for him to investigate the matter. But the shareholders are not in favour and turn against him. With his heart in the right place, Ranveer decides to go solo and takes a flight to Dubai for a meeting that can aide his investigation. Alas, Ranveer’s plane gets hijacked! Will Ranveer be successful with his mission? Will be survive this this flight and this fight against his own people?

Check out the Flight trailer here... 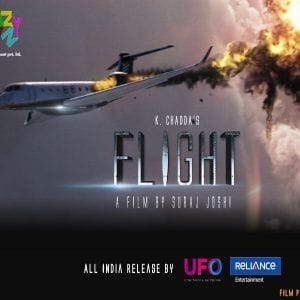 Flight is just the perfect cinematic experience that audience had been waiting to watch on the big screen. Be it the story, performances or the visual effects – it all ensures an immersive experience. A well-written story is complemented by crisp editing and the makers have stayed away from using the routine cliches of Bollywood films just for the sake of it. Moreover, Mohit Chadda is comfortable in front of the camera and his character is designed to be real and relatable which instantly strikes a chord. Right from his fixation with Bollywood, to exposing his vulnerabilities to the way he handles himself in challenging situations – Mohit’s character Ranveer is very close to reality instead of being a dare-devil, invincible superhero-esque being, and that is a big win. While Flight is highly stylish when it comes to the production and cinematography, in tune with films of this genre, the makers have kept the nuances of the lead and other characters in the film realistic and believable.

Along with the male lead, Flight boasts of a stellar support cast. We wish we could see more from them during the course of the movie.

BL Verdict
Flight is a film that you’d love watching in the theatres. It has drama, action, great performances, and a story that will keep you engaged till the very last frame. It is the perfect entertainment and escape from the stressful times we have been in and are still grappling to come out of. Treat yourself to Flight this long weekend, as the character Ranveer would have said in his filmy style, ‘kya pata, kal theatre mein koi acchi film ho na ho’.