Bollywood actress Anushka Sharma turns a year older on May 1 (today). The 33-year-old diva has managed to won hearts with her charming personality and we are in love with her. Do you know, the birthday girl Anushka met her cricketer husband Virat Kohli?

Bollywood actress Anushka Sharma turns a year older on May 1 (today). The 33-year-old diva has managed to won hearts with her charming personality and we are in love with her. Do you know, the birthday girl Anushka met her cricketer husband Virat Kohli? Also Read - Mother's Day 2021: From Kareena Kapoor Khan to Anushka Sharma; a look at Bollywood's cool moms and their ADORABLE kids

In 2013, Anushka and Virat met for the first time to shoot a shampoo commercial together. As soon as the ad was shown on TV, fans went gaga over their sizzling chemistry and wondered if there was a secret behind their strong chemistry. Also Read - Virat Kohli and Anushka Sharma once again pitch in to help those affected by COVID-19 – here's how much they'll be donating 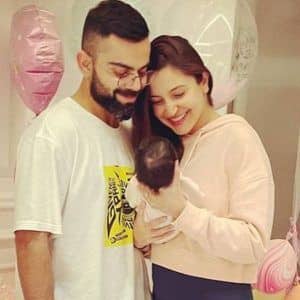 During an interview with the magazine, Anushka spoke her heart out on how she fell for Virat's easy-going vibe and called him home. Anushka said that during shooting for the ad, she had put up an arrogant front as she believed him to be arrogant too. But when she met him, he was so easygoing, intelligent, and funny. She said, "considering it was a three-day shoot and on the second night I had called my friends over for dinner to celebrate my new house, I invited him too. That’s where it started. There were other people too but they didn’t make headlines". Also Read - Anushka Sharma REVEALS why she skipped celebrating her birthday with a heartfelt message – watch video

During an interview with India Today, Anushka said that she was glad that the shampoo commercial happened and how it has made her life. "We started cracking jokes. I was the one who was fooling around all the time. Some of the jokes were really silly but that’s how I am. I love having a good time and having a laugh. I am really glad that shampoo commercial happened", she said. 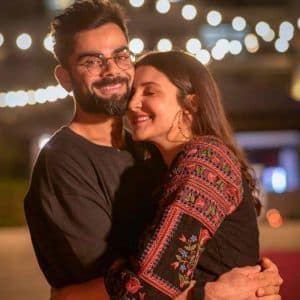 The first time Virat met his ladylove he had cracked a joke as he was nervous. Virat told Graham Bensinger on his show that, "The first time I met her, I cracked a joke immediately with her. I was nervous and that is why I cracked the joke, because I didn't know what to do. Before meeting her, I was standing on set all jittery and nervous. I thought I was being funny. I just said something which wasn't probably the right thing to say. She is tall as well and she was told that I am not 6 feet or plus and 'you must not wear massive heels or anything'. She walked in and was looking taller than me. I said, 'Didn't you get a higher pair of heels than these?' She was like, 'Excuse me?', I said, 'I am just joking!' My joke actually became a weird moment for myself. I behaved like a fool, to be honest."

Since then, the two fell in love with each other and got married. Anushka and Virat welcomed their first child, daughter Vamika, in January 2021.