Hera Pheri 3: Paresh Rawal to charge a whopping amount for the third instalment of the franchise?

Shehzada actor Paresh Rawal recently spoke about Hera Pheri sequel and revealed that he will be charging a bomb for it. Here's what he said! 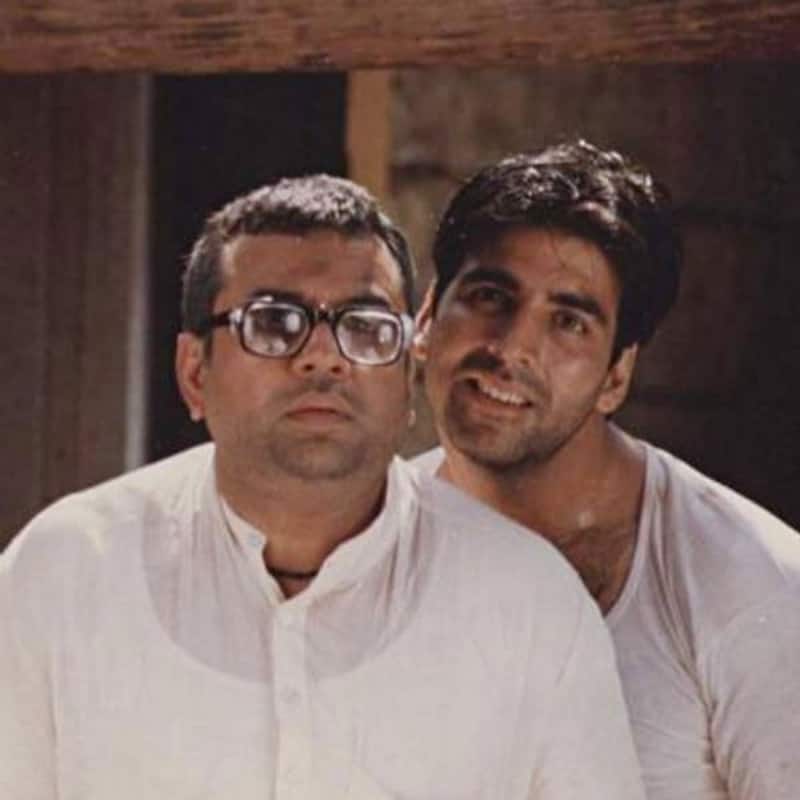 The cult comedy Hera Pheri has made a special place in the hearts of the audiences. Fans of this movie are hoping for a new sequel. Well, recently actor Paresh Rawal has spoken about Hera Pheri sequel, and here's what he said. Paresh Rawal has managed to win hearts with his exceptional performance as Baburao Ganpatrao Apte or Babu Bhaiya in Priyadarshan's film Hera Pheri. The on-screen chemistry of Paresh, Akshay Kumar, and Suniel Shetty kept audiences hooked to the screen. Directed by Priyadarshan, Hera Pheri was made in 2000, it was followed by Phir Hera Pheri in 2006 and fans cannot stay cal for its third installment. Also Read - Akshay Kumar, Kangana Ranaut, Shahid Kapoor and more stars' biggest money losers at the 2022 box office

In an interview with ETimes, Paresh said that he has no excitement left in him for Hera Pheri sequel. He said, “If you ask me honestly, there is no excitement left in me for any of my characters unless it is put in a different backdrop. If I have to do the same thing again, usi prakar ki dhoti pehenke, chashme lagake chalna hai (if I have to wear a similar dhoti and walk in the same way with glasses)... except for money, of course, I will charge a bomb! So apart from money, there will be no joy for me. So the story has to be good. If we are coming up with a sequel of Hera Pheri after so many years, with the same old ghisa-pita jokes, it will not work. It should evolve and only then I will be excited about it. Otherwise, wahi chabaya hua niwala firse chabana hai, it will not give that excitement to me.” Also Read - Prabhas, Akshay Kumar, Salman Khan pocketing over Rs 125 crores per film? Check out the jaw-dropping fees of these Indian film superstars

Paresh Rawal further called Akshay a family man and Suniel his 3 am a friend. If reports are to be believed then Hera Pheri sequel is in the works, nit there is no official announcement as such. On the work fgront, Paresh was last seen in Sharmaji Namkeen. The actor will be seen next in Shehzada alongie Kartik Aaryan. Also Read - Deepika Padukone to Shah Rukh Khan: These 8 Bollywood actors were ACCUSED of hurting religious sentiments; here's why!