Janhvi Kapoor revealed her new tattoo and it seems she has dedicated it to someone special. 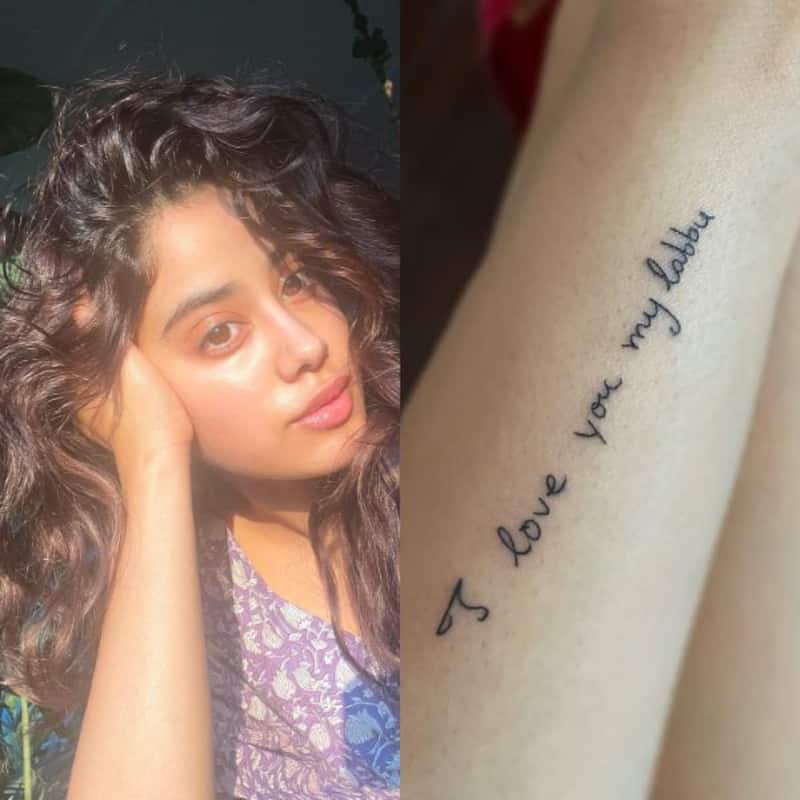 Bollywood actress Janhvi Kapoor took to her Instagram on Tuesday to share series of lovely pictures. She revealed her new tattoo and it seems she has dedicated it to someone special. In the first picture, she posts a no make-up selfie and her skin glows. In the other picture, she was seen seeking prayers at the temple, enjoying the breathtaking view from the mountains, practicing yoga in the golden hour, and much more. She even shared a video wherein she was seen chanting 'Govinda Govinda' while getting inked. She showcased a clip of a tattoo artist writing on her arm, which read, ‘I love you my labbu’. Also Read - The Archies star Khushi Kapoor nails the winged eye-liner look in a risque bodycon strap dress; looks too hot to handle

Take a look at her posts - Also Read - Aamir Khan, Akshay Kumar, Salman Khan and other stars who have worked in South remakes to stay on top of box office game

Within no time, Janhvi's feed filled with comments from her fans who were curious to know who is 'labbu'. “Labbu kon h,” asked a fan. Another fan wrote, “She has someone. Let's go somewhere else.” Also Read - Hush Hush actress Soha Ali Khan opens up on the difficulties star kids have despite their privileges [Exclusive]

'Labbu' is what Janhvi's late mother Sridevi used to call her darling daughter. Janhvi had shared a handwritten note on her Instagram on Sridevi's third death anniversary and the note read, "I love you my labbu. You are the best baby in the world."

On the work front, Janhvi was last seen in horror-comedy Roohi. She will be soon seen in Good Luck Jerry which is the Hindi adaptation of the 2018 Tamil film Kolamavu Kokila. The film also features Deepak Dobriyal, Mita Vashisht, Neeraj Sood, and Sushant Singh in main roles and it is produced by Aanand L Rai.