Kareena shared a short video and showed the ice cream that her BFF Rhea sent her. The video also showed a note from Rhea to Bebo. Sharing the video on Instagram Stories, the actor wrote, “Rheaaa!! #Amaze. Can’t wait to dig in... Tim and I have a movie night with this ice cream tonight, girl. Disclaimer: This video will make all the ice cream lovers screaming for some! Check out at your own risk!” Also Read - Aamir Khan's daughter Ira Khan reveals she got a sex-ed book from her mom after she hit puberty

Take a look at the post: Also Read - Happy birthday Suriya: 4 Hindi remakes of the Singam superstar that prove his movies are a lucky charm for Bollywood filmmakers 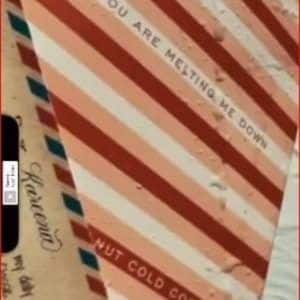 Well, Rhea and Kareena worked together on the Veere Di Wedding film in 2018.

Kareena welcomed her second son earlier this year and decided to get into shape. She recently shared a picture of herself doing yoga four months after welcoming her younger son and captioned the post as, "For me, my yoga journey began in 2006 when I signed Tashan and Jab We Met... an incredible one... which kept me fit and strong. Now after two babies and four months postpartum... this time I was just exhausted and in too much pain to get back but today I'm slowly and steadily getting back at it. My yoga time is my me time... and of course, consistency is key... so, keep at it people."

On the work front, Kareena will be next seen in Laal Singh Chaddha alonsgide Aamir Khan. The movie is an official remake of the Hollywood film The Forrest Gump. She is also part of Karan Johar’s ‘Takht’ that stars Ranveer Singh, Alia Bhatt, Vicky Kaushal, Bhumi Pednekar, Janhvi, and Anil Kapoor in lead roles.