Popular Bollywood actress Kareena Kapoor Khan on Friday shared new videos of the view from her Mumbai house. She took to her Instagram post and shared clips and stories which showed her beautiful balcony.

Popular Bollywood actress Kareena Kapoor Khan on Friday shared new videos of the view from her Mumbai house. She took to her Instagram post and shared clips and stories which showed her beautiful balcony. The actress moved into her new home with Saif Ali Khan just before the arrival of her second son. Also Read - Did you know? James Bond actor Daniel Craig had auditioned for THIS Aamir Khan starrer

Bebo often gives glimpses of her new abode on Instagram. Recently, the Laal Singh Chaddha began her day by teasing her fans as she gave them a lovely view from her bedroom. Fans were in awe of her lovely view and could not take their eyes off it. The actress woke up to the sound of chirping birds and the view of lush green surroundings. She captioned the video as, "Summer through my window." Also Read - WTF Wednesday: Blaming Shilpa Shetty for Raj Kundra’s alleged crimes proves our inherent misogyny 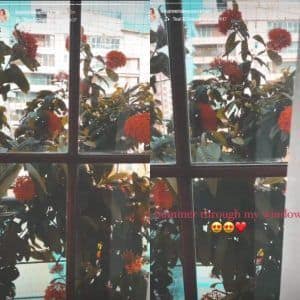 Also Read - Trending Entertainment News Today – Saif Ali Khan reveals one thing he would not dare to do with Kareena Kapoor Khan; Kriti Sanon celebrates her birthday with the media

Last time, Bebo gave her fans a glimpse of her closet, the patio, the pool area, and living room on her Instagram. Sharing the photos, she wrote, "Door to new beginnings."

A few days back, Kareena with her girl gang including Malaika Arora, Amrita Arora, Karisma Kapoor, and other friends was spotted at Manish Malhotra's house. On the work front, Kareena will be seen in Laal Singh Chaddha with Aamir Khan.