Ranveer Singh and his unconventional fashion sense has always been the talk of the time. He is some who always stands out from the crowd by sporting some of the most quirkiest outfits. He dares to experiment and his fans totally love the way he is. Recently, the actor flew down to Hyderabad to launch Ram Charan's next film tentatively titled RC 15. For the same, he slipped into a blue suit but he ditched the shirt. Plus, he sported two ponytails. Also Read - Birthday special: Gully Boy, Delhi Belly and 4 other films rejected by Ranbir Kapoor that turned out to be huge hits

Yes, not one. But Ranveer Singh sported two ponytails and once again showed off his edgy side. While his look was loved by many, quite a few trolled him for the same. On Twitter and Instagram, some of the fans are laughing hard over his look. A comment read, "Ye to sahi mai duniyaa se hi alag hai??? bt really like his personality.... more love frm shahi." Another comment read, "Murga lag raha hai." Check it out: 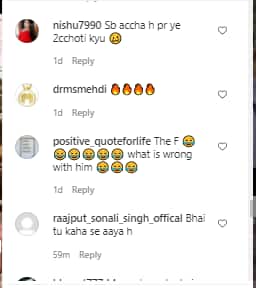 Also Read - When Deepika Padukone spoke up openly about Ranbir Kapoor's infidelity, called herself 'foolish' for trusting him 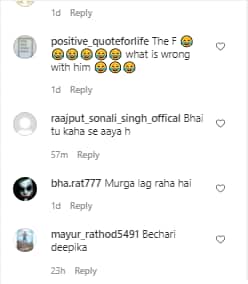 That’s the pony topping pony.,,as lucky as it gets to become Deepika’s hubby…

I think #RanveerSingh lives in his own parallel universe.
Who wears double pony-tail and wear a suit without shirt?
Sometimes we ignore the most obvious truth, right in front of our eyes. In this case truth is :Ranveer Singh is !N$ANE.

Well, did you like Ranveer Singh's two ponytail look? Tweet to us at BollywoodLife and let us know.

On the work front, Ranveer Singh has many films in the pipeline. He has '83 and Cirkus to release. And currently, he is said to be working on Karan Johar's film Rocky Aur Rani Ki Prem Kahani that also stars Alia Bhatt.