Katrina Kaif pictures with South actress Radhikaa Sarathkumar got leaked from the sets of Merry Christmas and fans are going gaga over their pics. 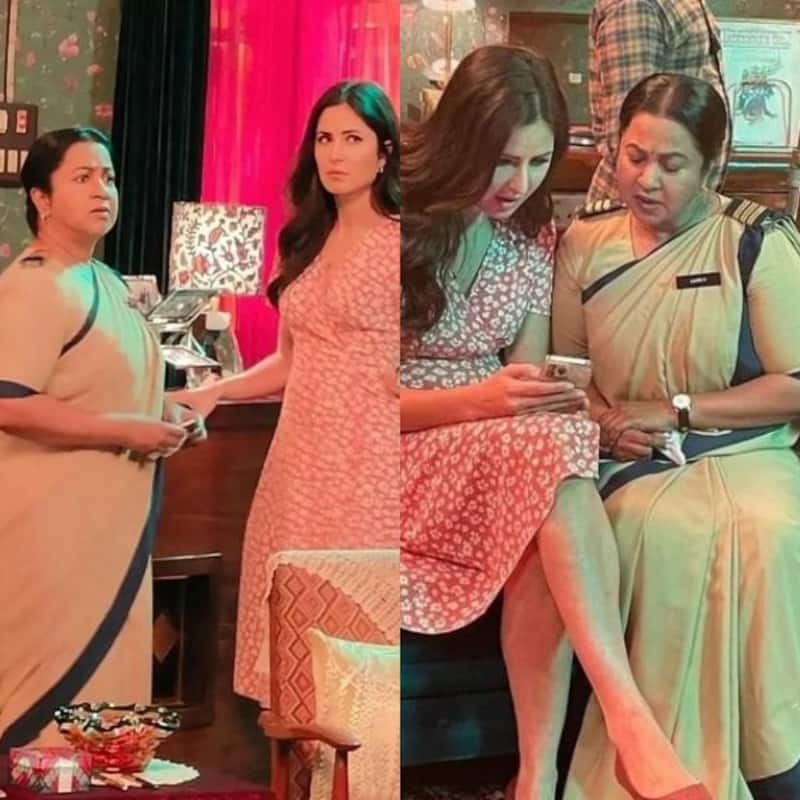 Have a look at the pictures - Also Read - Shah Rukh Khan to Salman Khan: MOST expensive vanity vans owned by Bollywood celebs that cost a fortune

In the picture, Katrina looks gorgeous in a red-white dress, while Radhika has donned a cop attire. On December 25, 2021 Katrina had shared a picture with Vijay Sethupathi, director Sriram Raghavan as she announced the film. The actress wrote, “New Beginnings. BACK ON SET with director #sriramraghavan for Merry Christmas! I’ve always wanted to work with Sriram Sir, He is a master when it comes to narratives that showcase thrillers and it's an honor to be directed by him. . Super excited to be teaming up with @actorvijaysethupathi for this one produced by @rameshtaurani & @sanjayroutraymatchbox @tips @tipsfilmsofficial @matchboxpix (sic).” Also Read - Samantha Ruth Prabhu, Salman Khan, Shah Rukh Khan and other stars who sought treatment abroad for health complications

On the work front, Katrina will be seen next in Maneesh Sharma’s ‘Tiger 3’ co-starring Salman Khan and Emraan Hashmi. She also has Phone Bhoot and Jee Le Zaraa in her kitty.