Nysa Devgn enjoys London summers with cousin-filmmaker Daanish Gandhi; their candid picture will remind you of your sibling

Ajay Devgan and Kajol's daughter Nysa Devgan is having the time of her life in London with her cousin-filmmaker Daanish Gandhi. The brother-sister duo were seen enjoying London summer. 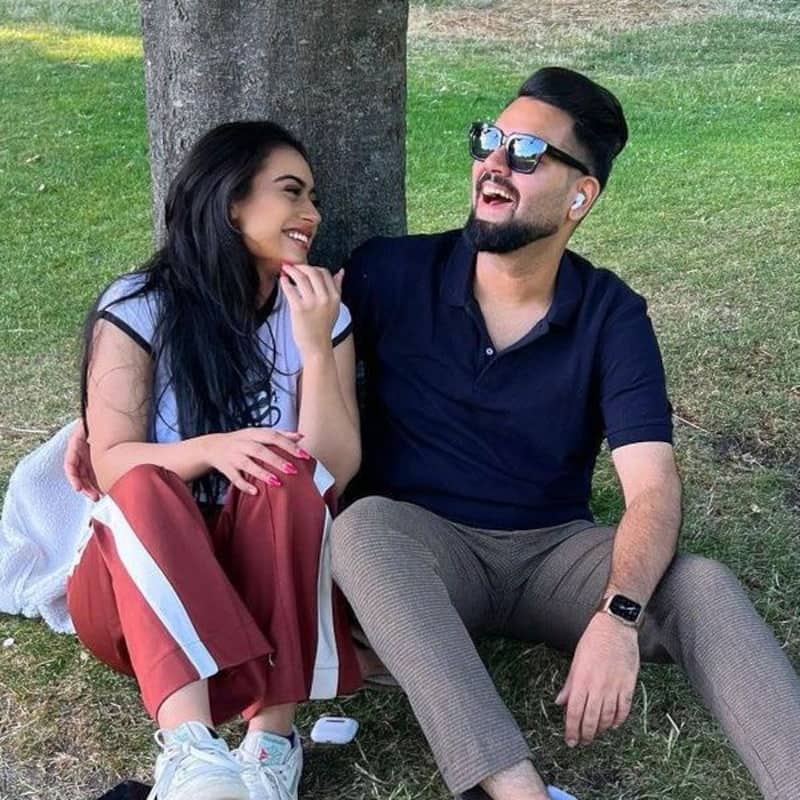 Ajay Devgan and Kajol’s daughter Nysa Devgan is an internet sensation. Her pictures and videos set the temperature soaring and fans go aww with her cuteness. Well, Nysa is having the time of her life in London. On Saturday, Nysa's cousin Daanish Gandhi shared a few snaps of himself with his sister Nysa on his Instagram page. In the picture, the cousins were seen enjoying their time sitting under a tree in London. Nysa looked pretty in a white t-shirt paired with red pants, while her brother Daanish looked handsome in a blue t-shirt paired with grey pants and black sunglasses. The brother-sister was seen twinning in white sneakers and gave major sibling goals. Daanish captioned the post as, "LDN SMRS (London Summers)," along with sun and tree emoticons. Daanish and Nysa were seen looking at each other and sharing a hearty laugh. Also Read - Netizens react after Karan Johar is refused a table in a London restaurant despite using Alia Bhatt’s name; ’Wahan aukaat mai rakhte hai’

Nysa has been grabbing headlines ever since she walked for designer Manish Malhotra. A few days back, Nysa was snapped with her mother Kajol and younger brother Yug at the airport. Nysa is currently studying International Hospitality at Glion Institute of Higher Education in Switzerland. Nysa even attended the wedding reception of singer Kanika Kapoor in London and wore a beautiful bodycon gown. Her pictures went viral on the social media. Also Read - Kareena Kapoor Khan's son Jeh has got some new friends in London; Bebo calls them 'Best kind of friends' [View Pic]