Newlywed Ranbir Kapoor is back to work post his wedding with Alia Bhatt. The actor was recently was outside the T-Series office in Andheri on Monday.

Newlywed Ranbir Kapoor is back to work post his wedding with Alia Bhatt. The two tied the knot on April 14 in the presence of their close family and friends in Mumbai. Recently, the chocolate boy of Bollywood was papped outside the T-Series office in Andheri on Monday. The actor looked handsome in comfy casuals and was seen resuming his work commitments. But, before heading for his work, Ranbir made sure he waved at the paps and also posed for them. He flashed the thumbs up to the camera and also waved to them. Well, it seems as if the newlywed couple will not go for their honeymoon, due to their hectic work scheduled. Also Read - Heart of Stone: Alia Bhatt extremely nervous as she begins shooting for Hollywood debut; feels like a newcomer 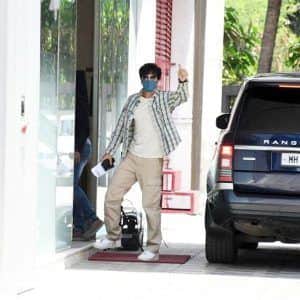 Also Read - Arjun Kapoor and Malaika Arora all set to get married this year? Here’s what the Ek Villain Returns actor has to say 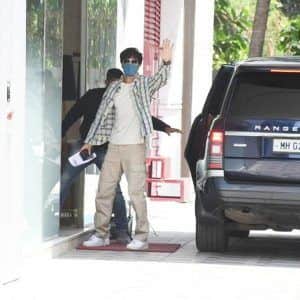 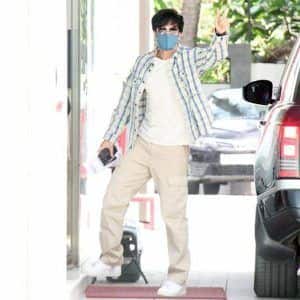 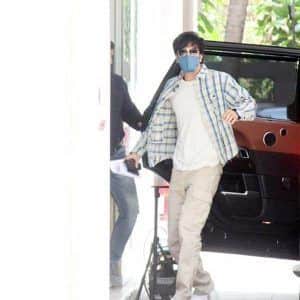 Ranbir and Alia walked down the aisle in an intimate wedding ceremony at their Bandra home Vastu. Their wedding pictures were straight out of a fairytale. Alia had shared their marriage pictures and wrote, “Surrounded by our family and friends, at home … in our favourite spot - the balcony we’ve spent the last 5 years of our relationship - we got married. With so much already behind us, we can’t wait to build more memories together … memories that are full of love, laughter, comfortable silences, movie nights, silly fights, wine delights and Chinese bites. Thank you for all the love and light during this very momentous time in our lives."

On the work front, Ranbir and Alia will be seen next in Ayan Mukerji's Brahmastra. Ranbir is also shooting for Luv Ranjan's next with Shraddha Kapoor and Animal with Anil Kapoor. The upcoming film Animal is backed by T-Series and will be directed by Sandeep Vanga. The film co-stars Bobby Deol and Rashmika Mandanna in main roles. Alia will reportedly work for Rocky Aur Rani Ki Prem Kahani and Jee Le Zara.