Pan-India star Prabhas has yet again topped the list of 'Top Ten Most Handsome Asian Men 2021'.

Pan-India star Prabhas has yet again topped the list of 'Top Ten Most Handsome Asian Men 2021'. The handsome actor has grabbed the first spot as the most handsome man and proved his fandom. Also Read - Amitabh Bachchan, Shah Rukh Khan, Ranbir Kapoor and more celebs who turned into unrecognisable characters using prosthetics 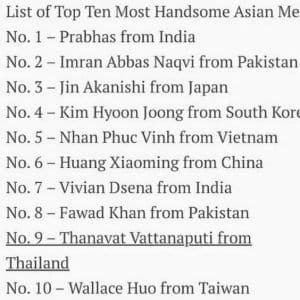 Prabhas gained a lot of fan following after his blockbuster film Baahubali: The Beginning and Baahubali: The Conclusion. Prabhas has always managed to grab attention with his exceptional performances on the big screen. His charming looks and infectious smile will make females go weak on their knees.

On the work front, Prabhas has Adipursh, co-starring Saif Ali Khan, Kriti Sanon among others in the film. He will also be seen in Nag Ashwin's untitled film starring Deepika Padukone and Amitabh Bachchan. Besides these, Prabhas has Salaar and Radhe Shyam co-starring Pooja Hegde in his kitty.