Shah Rukh Khan's daughter, Suhana Khan, aces New York street style in this black dress, but it's the WHOPPING cost of her Prada bag that will leave you STUNNED

Bollywood superstar Shah Rukh Khan's daughter Suhana Khan is currently in New York to study filmmaking. She acted in a short-film named The Grey Part Of Blue, which was released in 2019.

Shah Rukh Khan's daughter Suhana Khan is one of the most loved star kids among the audience. While the 20-year-old girl is far away from her Bollywood debut, she is already popular on social media and her 1.6 million followers on Instagram are enough to prove that. The young girl is not super active on social media but whenever she puts something, it instantly becomes viral and her latest insta-stories have just done that. Suhana shared her pics of her with a friend, where she is enjoying New York streets. While her lovely won our hearts, he style game was on point as she posed in a short skin fit black dress paired with aqua coloured purse, Prada and famour UGG boots. The bag costs whopping £ 1,200, which is 1,23,749 in INR. 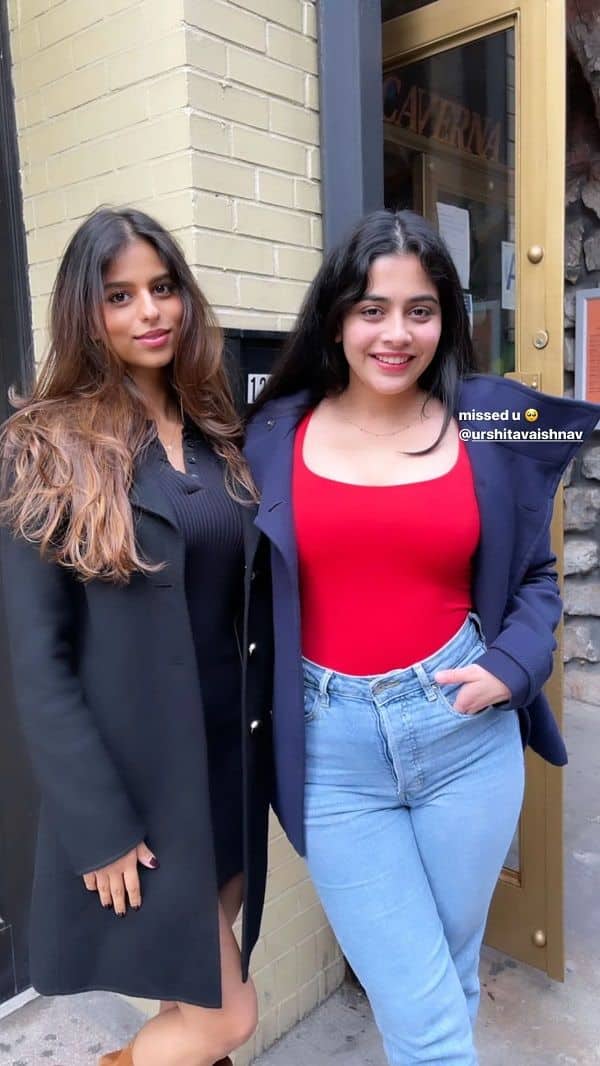 Earlier, when SRK was asked about his daughter's plans to pursue acting, he said, "Suhana wants to act. She is right now at the French festival in Edinburgh. She is doing theatre, she has a coloured face and is doing some mime. It's good fun. I should not impose my ideas on them because mine is so set. Mine has now been almost fully cultivated. I am here to give my yeoman service to the Indian film industry with my cultivated amazing talent. Why just duplicate it to them? Let them learn something."

Meanwhile, Shah Rukh Khan is currently busy with the shooting of Pathan. The films also features John Abraham and Deepika Padukone in pivotal roles. The film is directed by Siddharth Anand and will hit the screens in 2022. It is produced under the banner of Yash Raj Films. Apart from Pathan, SRK will have cameos in films like Rocketry: The Nambi Effect and Ranbir Kapoor's action adventure fantasy film Brahmastra.